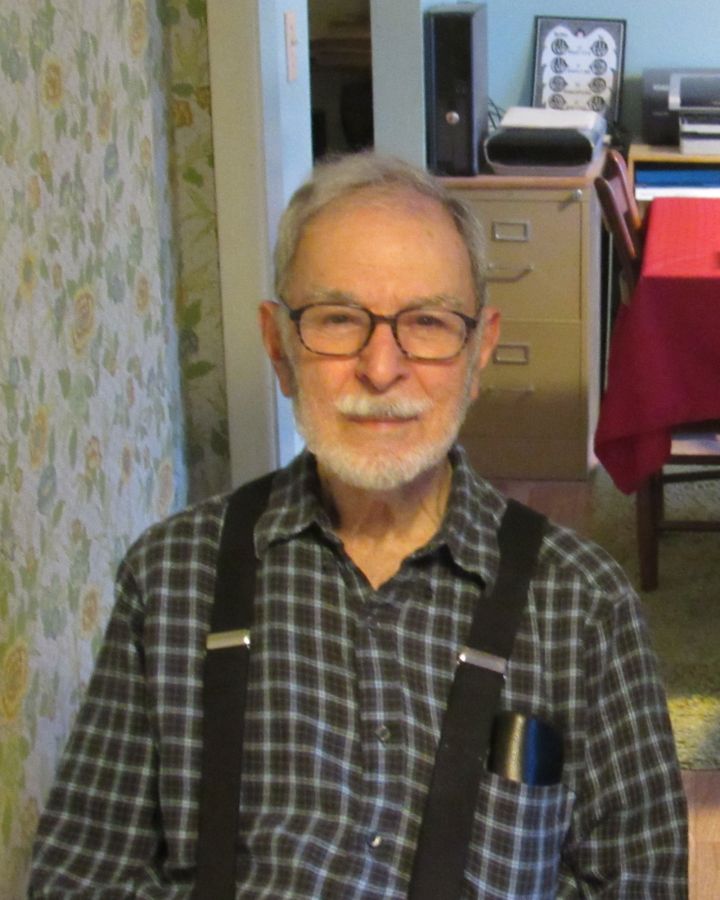 Barouyr "Barry" Z. Hairabedian, 94, of Lake Katrine, NY, died peacefully early Sunday morning on August 2, 2020 after a long illness. Born in Alexandria, Egypt to Azniev and Zareh Hairabedian, Barouyr was raised in the Armenian Quarter of the Old City of Jerusalem, Palestine, where he received his early education at Sts. Tarkmanchatz Armenian School, and then graduated from Bishop Gobat preparatory school, where his scientific, mathematical and literary gifts were cultivated. At age 12, he opened a tattoo shop to earn money for tuition, for several years tattooing pilgrims to the Holy City, and later, Aussie and British soldiers during World War II. After graduating from Bishop Gobat school, his plans for continuing his education in America were interrupted by the Arab-Israeli war, during which time he and his family had to flee their home and spend many months as refugees in Madaba. After returning to Jerusalem, Barouyr partnered with a friend and opened the radio repair shop "Volta", through which he earned enough to pay for his first semester's tuition in Oklahoma University's program in Electrical Engineering.

It was while at Volta that he met a young university professor, Marian Lee, who was then touring the Middle East. They began a five-year correspondence which continued throughout Barouyr's years at Oklahoma U., and into his subsequent employment with IBM in Kingston, NY. Having secured a job, he set off for California to find an Armenian bride, making a detour through Lafayette, IN, to visit Marian Lee, and wound up asking her to marry him. He never got to California. After their wedding, the couple settled in Kingston, where Barouyr soon distinguished himself at IBM by research and analysis for an innovative computer transmission cable, which earned him IBM's Outstanding Contribution Award. He co-authored papers and patents during his long career with the company. Along the way, Barouyr and Marian had three children---Sona, Jon and David.

An avid reader, fluent in English, Armenian and Arabic, Barouyr was restlessly inventive and curious, using free time to design, build, write programs and articles, draw, paint, and dabble in blacksmithing. He was a perfectionist with high standards that he applied to every project, be it constructing a camera obscura, fixing a lawnmower, building a forge, or drafting schematics for the perfect falafel machine. His precise artistic touch made them artifacts of high quality. After retiring from IBM as a senior engineer, he devoted some of his time to landscape watercolor painting, studying with Hudson Valley artist Staats Fasoldt.

He was a loving and supportive husband and father who inspired by example, and whose intelligence and benevolence won him many friends, expressed, as it often was, in acts of practical kindness. He tried to take care of everybody. His advice was often prefaced by a Middle Eastern proverb, or a verse of English poetry. A long-time member of St. Peter's Armenian Orthodox Church in Troy, he also occasionally attended Redeemer Lutheran Church in Kingston, NY.

His beloved wife Marian died in 1997. He is survived by his daughter, Sona, and sons Jon and David, as well as sisters Mary (Mrs. Nazar) Kardjian, Alice (Mrs. Richard) McArdle, brother Varoujan Hairabedian, and brother-in-law Burton Lee; he is also survived by several nieces, nephews, and cousins. He was stoic and brave to the end. Dad, we love you forever!

We wish to thank the doctors, EMS and hospital staff, Hudson Valley Hospice, ArchCare and especially Deborah Dickson for their support and care of Barouyr during the past several months.

A private funeral service and burial in Montrepose Cemetery will be held on Friday August 7, 2020.

Those who wish may make a memorial gift to the Armenian General Benevolent Union (AGBU) at www.agbu.org or Disabled American Veterans at www.dav.org A tribute for Barry can be found at www.KeyserFuneralService.com, where you may leave memories and expressions of sympathy for his family.

3 people have supported the family by purchasing them flowers or gifts from the Healing Registry.

We were always in awe of our New York family. Uncle Harry exuded intelligence and warmth. Although our encounters were limited by distance, we remember fondly the gatherings at Grandpa and Grandma Lee’s farm. Later, Greg and I were fortunate to visit Barouyr, Marian and family a few times when in New York. He welcomed us and educated us with his stories. Our thoughts are with Sona, Jon and David.

When I was a senior in college in 1983, my uncle gave me a tour of the IBM Kingston plant where he worked and showed me a new display technology he was helping develop. He was a very smart electrical engineer, and had multiple patents with IBM. I will miss him. Aram Nazar Kardjian

Dad, I thank God for you and for the blessing of having you as my father. I love you always. Paree keesher.

"Have a safe Journey, Barouyr " you were an exemplary brother. Our Journey together was memorable
and fulfilling. May your soul be enlightened . your siblings Mary Alice and Varoujan .

"your life was a fulfilled life and you were a lighthouse to us"Your Siblings : Mary,Alice and Varoujan- the brother
You asked for. " rest in peace and Brother. "till we meet again and give a hug to mom and Dad
Varoujan,Alice and Mary

Barry was a very kind and gentle person. I always enjoyed talking with him.
Tom Greenwald, DDS 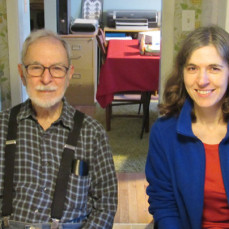 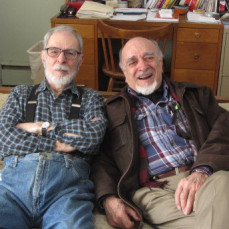 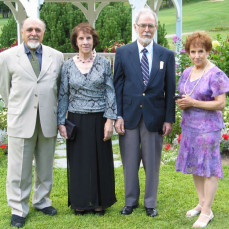 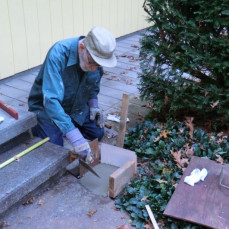 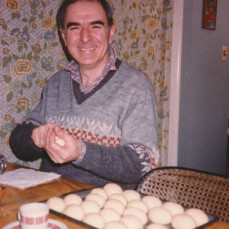 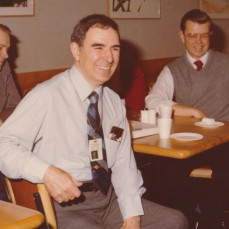 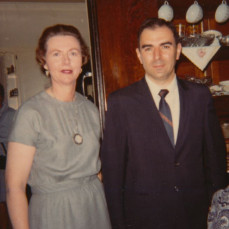 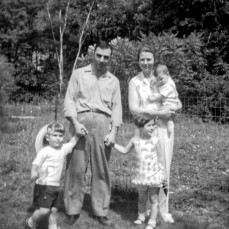 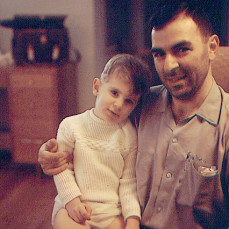 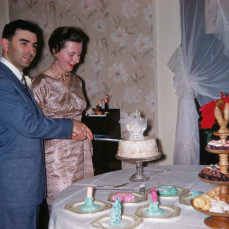 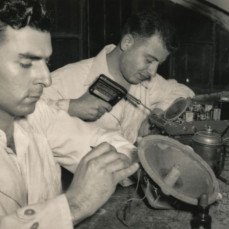 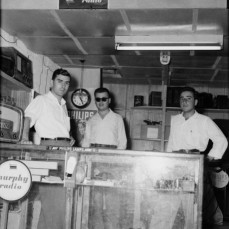 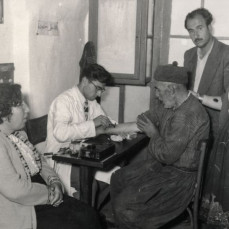 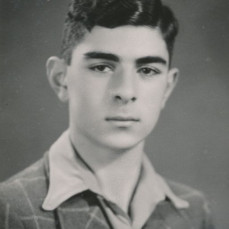 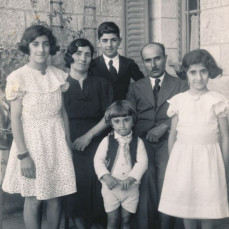 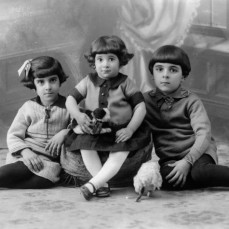 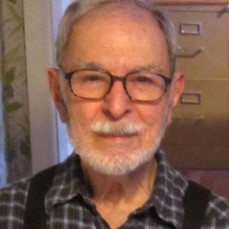 The services for Barouyr have not yet been added. Please sign up below to be notified when the services are ready.

The attached photos are added to the memorial of Barouyr "Barry" Hairabedian to help share their legacy.

Thank you for sharing your memory of Barouyr

Sign up for our email series and receive our FREE ebook straight to your inbox!