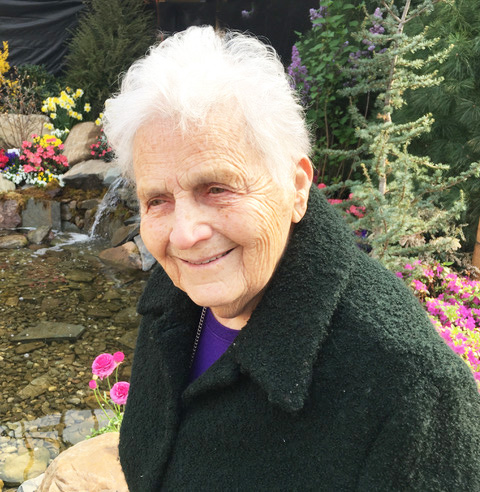 Just past her 94th birthday, Mary C. Stupple died peacefully, of natural causes, at Kingston Hospital on May 15, 2020. Born 1926, the oldest child of Paul and Mary Compton, she grew up in Crestwood, New York.

After young Jim Stupple walked her home from a picnic, she told her mother she'd met the man she was going to marry. The soundtrack for their life-long romance included such favorites as "Always" and "Side by Side."

As newlyweds they moved to "the barracks" in Middletown, Connecticut. Mary worked as a secretary while Jim attended Wesleyan University on the G.I. Bill; together they contributed to the baby boom. Later they moved to Milton, New York, where they lived for more than 50 years. One of Mary's earliest actions was to found the town's first Girl Scout troop. She worked tirelessly with Mary Lou Wygant to improve community health care; bringing TOMVAC, an ambulance service, and Dr. Biancardi to the Milton area.

Mary was a multi-talented woman, active in the Ladies' Home Bureau. She embraced holidays and any excuse for a party. Her artistic flair was notable and she always had projects brewing: sewing, wallpapering, canning tomatoes, refinishing furniture, quilting, making wreaths, gardening...you name it. For many years she also worked outside the home creating beautiful floral arrangements at Donovan's Florist in Highland, New York and doing layouts for the Southern Ulster Pioneer.

While pregnant with her 10th child, she enrolled at SUNY New Paltz and graduated four years later with a B.A. followed by a Master's Degree. She became a reading specialist at Poughkeepsie High School and later taught GED courses at the Mill Street Loft. Mary was known for her vitality, warmth, optimism and caring spirit.

As the advisor to the Poughkeepsie class of 89 throughout their high school years, she helped her students with everything from fundraising with her lip sync programs to the prom. Hers was the first class to travel outside the area, to Florida. Years later students in the Poughkeepsie area would thank her for that memorable trip, especially going to Disneyworld.

Mary was part of a group of women artists who met in Marlboro weekly. Her paintings of flowers and people and places reflect her love of life. Adventurous, she and Jim liked to visit their now-grown children in Montreal and San Francisco as well as in France, Egypt, Costa Rica, and Suriname.

After retirement, she and Jim were snowbirds, spending winters in Lake Worth, Florida, where they specialized in golfing and bowling. A thoroughbred was named "Gutterball Mary" in her honor. She joined a writers' group and began writing stories, including one that reflected the pride and exhilaration she felt walking across the Walkway Over the Hudson with her Marlboro art group on Opening Day in October 2009.

After Jim's death in 2011, Mary moved to the Fountains at Millbrook. Here she continued painting, and engaged in many activities, including the Follies, where she was a hit as Spacey Spock and a dancer. The 2018 nationwide Watermark calendar featured her artwork.

With the guidance of Peter Muir, she developed her voice. Always a singer, she gained mastery. Family and friends will never forget her singing "Always" to all on her 90th birthday.

A memorial will be planned once the Covid-19 crisis has passed. In lieu of flowers, the family would be grateful for contributions to the following organizations: Pied Piper Players Online, or 1000 S. Amphlett Blvd., San Mateo, California 94402 or National Public Radio Online.

It is my honor to have known and taught with Mary. She was a great lady who was truly caring, and had great wisdom to offer us all. My deepest condolences to her loving family. 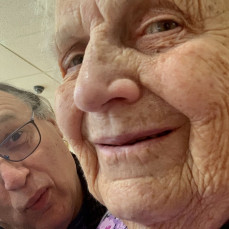 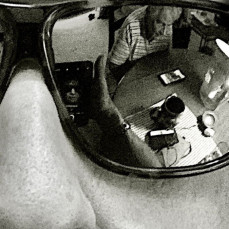 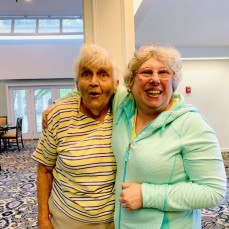 The services for Mary have not yet been added. Please sign up below to be notified when the services are ready.

The attached photos are added to the memorial of Mary C Stupple to help share their legacy.

Thank you for sharing your memory of Mary