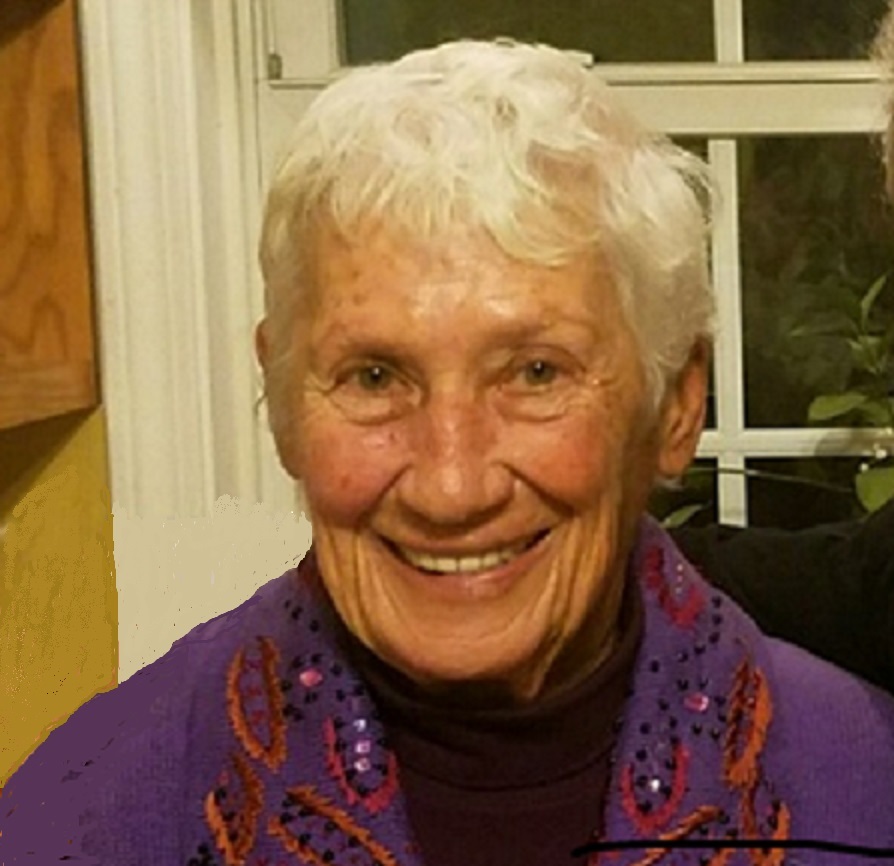 Lu was born in North Adams, MA on October 11th, 1928 of the late Victor and Viola (Roy) Desnoyers. She was predeceased by her brother, Dr. Robert D. Desnoyers in 1970, and her sister, Jacqueline Bateman in 2019.

She attended grade school in North Adams including the former Notre Dame Parochial School and Drury High School. She graduated amongst the top of her class in 1946 and was the recipient of the Becker Junior College Award for Business Excellence. She attended McCann's Vocational School of Advanced Stenography in Adams, MA. She was employed by the City of North Adams in the Treasurer's Office first as clerk/typist and then soon promoted to Assistant Auditor of City Accounts; she worked for the City for nearly 17 years. A devoted Catholic, Lu was a member of St. Frances Rosary Sodality, Treasurer of Catholic Daughters of America, and Secretary of Holy Family League of Charities while residing in North Adams.

On May 31st, 1948, she married the love of her life, George P. Taylor. Lu and George relocated to Red Hook, NY where they both started new jobs with IBM and raised their two children, Viola (Lola) and Victor. Lu served as the Secretary to the Patent Attorney of the Poughkeepsie Patent Operations and continued her practice in the Catholic faith as a member of St. Christopher's Church. Here, she served as the Treasure of the Holy Name Sodality and a Service Lecturer. She was an active member of the community through involvement with the local Boy Scouts (as Den Mother) and Girl Scouts Troop, Meals-On-Wheels, school librarian, religious tutoring, amongst other numerous offices in religious and sport organizations.

Lu was a devoted mother full of courage and determination. After losing her husband George in 1975, she continued as a single parent and juggled various jobs while maintaining her extensive community involvements. She continued her education with various courses in computer programming, word processing, micro- computers, and tax reporting and worked with the Red Hook Central School District as Secretary to the Director of Special Services. Over the years, she continued with IBM in Intellectual Property Law Dept. as a Secretary to Patent Attorneys, attended Albany School of Stenotyping and served as Court Room Stenographer, as well as worked as Secretary for CSEA (of which she was a lifetime member). She officially retired from her final position as a State Employee of Hudson Correctional Facility in Hudson, NY.

Following retirement, Lucille relocated to Largo, Florida where she took care of her mother and met her second Husband, Walter D. Saverick, married on June 8th, 1999. After 7 wonderful years, Walter passed and Lu moved back to New York to live with her daughter, Viola in Stone Ridge, NY. She spent the final decade of life surrounded by the love and laughter of her family, friends and pets.

Lu was a remarkable lady who not only wore many hats, but whose life's path posed a variety of unexpected twists and turns; nonetheless, her hard work ethic, conscientiousness, and genuine comfort, concern, and care to all whom she met remained steadfast an unwavering. Lu is survived by her daughter Viola E. (Taylor) Niekrewicz, Victor B. Taylor, daughter-in law Laura Taylor, grandchildren Corinne L. Niekrewicz and Thomas G. Niekrewicz, sister-in-law Natalie Taylor, brother-in-law Clayton Crews, many nieces, nephews, godchildren, and countless close friends.

Funeral notice: A Liturgy of Christian Burial for Lucille C. Taylor will be celebrated Friday, June 26th at 11 am at St. Elizabeth of Hungry Church in North Adams, MA. Burial will follow in Southview Cemetery. A calling hour will be Friday morning from 10 am until the time of service at Flynn & Dagnoli Funeral Home, CENTRAL CHAPEL, 74 Marshall Street, North Adams, MA. Memorial donations may be made to benefit the Alzheimer's Association in care of the funeral home. To add to the Book of Memories, please visit www.flynndagnolifuneralhomes.com

Lola,
We are so sorry for your loss. Our thoughts and prayers to you and your family

Lola your mom was always so wonderful to all of us teenagers. I always loved staying over at your house. Your mom was the best, an amazing woman!

Seeing Meme when she visited St. Lawrence and when I would go to Kingston to see my "second family" always filled my heart. I see her love, joy, and spitfire personality alive and well in Corinne and Lola, who cared for her with as much tenderness as she cared for them in younger years. Her stories of her life as a young woman were inspiring - I wish I had known her then! I imagine we would've been dear friends. Meme truly was a gift to all who had the pleasure to cross her path, and I will hold her forever in my heart as one of the great matriarchs in my life.

When I was home on maternity leave with both my boys I got to know her a little bit and she was always so calm, happy, and loving. It made those first few months of motherhood that much better to have such wonderful neighbors!

I will always remember Mimi's sweet smile and friendly face. I was able to share some special time with her a few years ago when I stayed with her for a couple of days. We love you Mimi! Aaron and I send our love. 😘😘

The services for Lucille have not yet been added. Please sign up below to be notified when the services are ready.

The attached photos are added to the memorial of Lucille C Taylor to help share their legacy.

Thank you for sharing your memory of Lucille