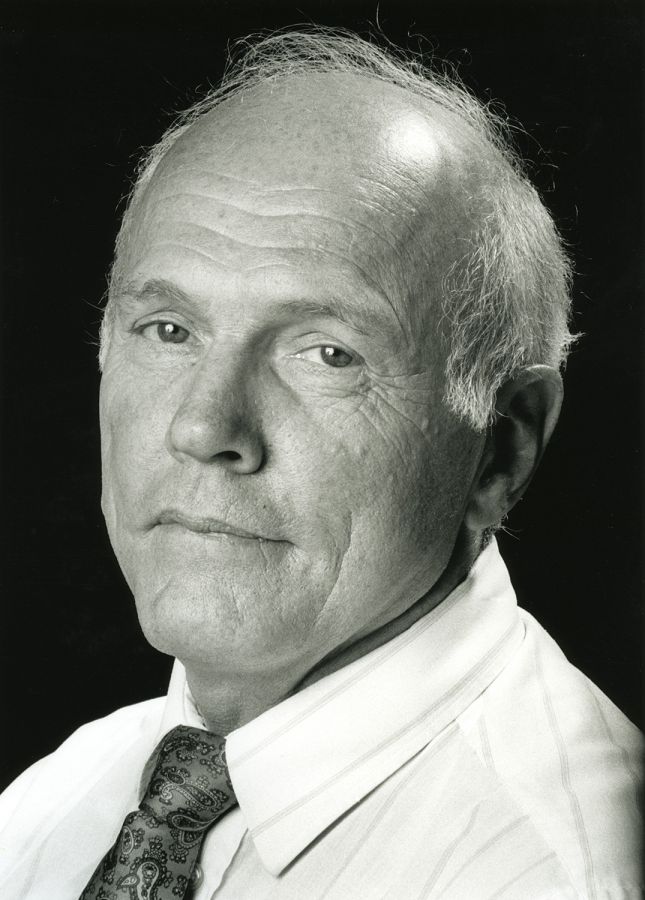 Bruce Alvin Winchell of the Town of Ulster, passed away on March 14, 2020 at Northern Dutchess Hospital in Rhinebeck after a short illness. He was born March 17, 1931 in Kingston, son of the late Harry S. Winchell & Rose K. (Nunnold) Winchell.

He was a Life Scout of Boy Scout Troop 12 in Kingston, as well as a member of its Drum and Bugle Corps. As an adult, he served for many years as a leader in Troop 12, and, in 1966, co-founded Troop 8 in Sawkill with his old friend, Frank McMahon. He graduated from Kingston High School in 1947 at age 16. In 1949, he earned a degree in Electrical Technology from the New York State Institute of Applied Arts and Sciences at White Plains, where he was the only student in his class to successfully build a TV, from scratch, in less than 24 hours. In 1950, he co-founded The Tel-Rad Company with his father, selling and servicing some of the first television sets in Kingston and installing tall TV antennas atop the Kirkland, Gov. Clinton and Stuyvesant Hotels. In 1952, the two sold their interest in the company and together joined IBM.

Between 1951 and 1957, he served as a Sergeant & Radio Section Chief, HQ 156 Field Artillery Battalion, NYNG. He was married October 5, 1952 at St. Joseph's Church to Mary Theresa Howard of Kingston. At IBM, he was an engineer and manager on projects from SAGE (the first national air defense system) in the 1950's to the 5080 Graphics System in the 1980's. He retired in 1988. He was the owner and operator of Skyrise Apartments in Phoenicia for more than 50 years. He was a co-founder, long-time President & General Manager of The Sound of Life Radio, a not-for-profit Christian Network, leading its growth from a small office in the Kingston Opera House in the mid-1980's to a large network of radio stations and translators, spanning from Glens Falls to Port Jervis, by the time of his retirement in 2000.

A private burial was held at Hurley Cemetery on Thursday. In lieu of flowers, please consider a donation to your favorite charity. To leave an expression of sympathy for Bruce's family, please visit www.KeyserFuneralService.com

Mary, My sincere condolences for your loss. Sending prayers of thanksgiving for having known Bruce and prayers that God will continue lifting your spirit and comfort you. May the love that others have for you give you strength and encouragement. Sandy Daw

On behalf of the 156 Field Artillery Veterans Association we extend our deepest sympathies to the Winchell family. While his service time may have preceded many of us we still want to recognize him as one of our family. From our family to yours may God bless you with peace and comfort during this difficult time.
Rest in peace good soldier.
ARTILLERYMAN'S PRAYER:
I pray that I may live to shoot until my dying day.
And when it comes to my last round I then must humbly pray.
When in the Lord's great FDC being judged for all I do.
He takes my hand, smiles and says "you're a Redleg through and through".
With lanyard and compass by my side, the Lord speaks these words to me.
"Welcome home, you've served me well, come join my battery".

My sincere condolences to Mary and family. Bruce had a very significant positive influence on my Christian life. I am eternally grateful for this.

Lila Davidson and son Scott, Mary ( and to all of your family ), we offer our sincerest condolences. Thank goodness you have the beautiful memories of a wonderful life. Love Lila

Eric & family - my sincerest condolences on Bruce's passing. I'm praying that you find the strength of spirit to guide you through your grief, and that your fond & loving memories of Bruce lighten your souls.
- peace..Kevin Higgins

My condolences and prayers to your family.
I remember well his red Cadillac with the wings when I think of the old neighborhood. He was so proud of that car!

Bruce, so sorry to hear of your Dad's passing. Condolences to you and your family.
Kris

My sincere condolences to the Winchell family

EMPATHY IN
MEMORY OF
BRUCE

Prose cannot do justice or Duly express what I want to say to you poetry will do best.

I scribe this note with a heavy hand because I feel and understand.

No one knows what is best to say but I write these words and hope and pray.

Your pain is deep, your pain is real, and I can only reach out and feel.

As I compose I begin to understand what God has in his master plan.

With these words I perceive to feel what these bells are trying to peel.

This comprehension in adequate and dark as our love ones do depart.

If only we could see what
Bruce saw we too would bow our heads in awe.

Death is not the end but a passing phase if only we knew we would be amazed.

Words at a time like this are hard to bear, even though they come from a person who can care.

These words I write to express I feel, to give you comfort, solace and heal.

Your loss comes sudden to someone close and dear you feel lost and angry with none to hear.

With compassion and feeling I give you my hand because it comes from love from your friend, Dan.

Sherry,
So sorry to hear of your dad's passing. Prayers for peace.

Heartfelt condolences to the Winchell family.

The services for Bruce have not yet been added. Please sign up below to be notified when the services are ready.

The attached photos are added to the memorial of Bruce Alvin Winchell to help share their legacy.

Thank you for sharing your memory of Bruce