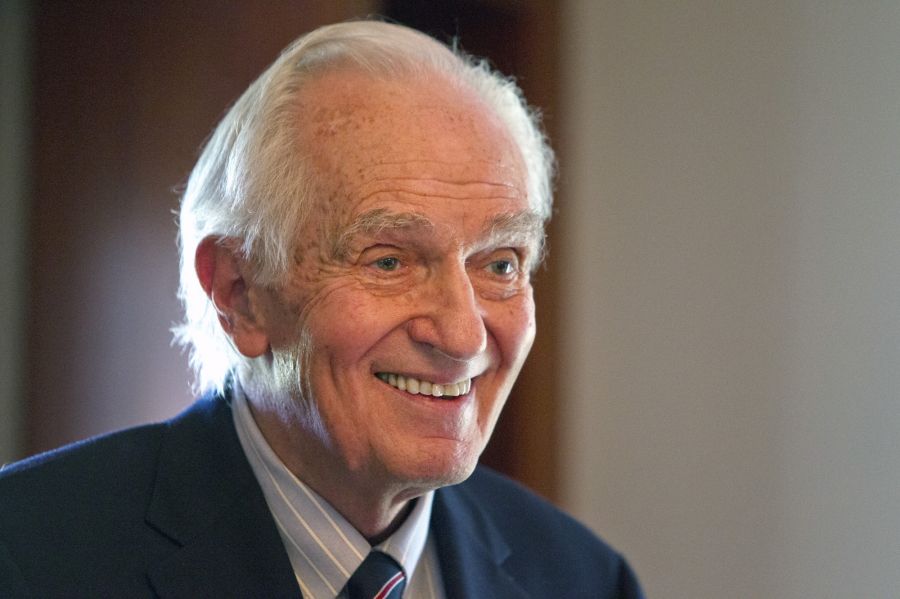 James Duane Livingston of Sarasota and formerly of Braintree, 88, died last week along with his wife, Sherry Penney, 81, from carbon monoxide from a new car with a keyless ignition.

He was born June 23, 1930 in Brooklyn, New York, son of James Duane Livingston and Florence Boullee Livingston. He graduated from Midwood High School, Brooklyn, in 1947 and from Cornell University in 1952 with a Bachelor of Engineering Physics degree. From Harvard University, he received a Master of Arts degree in 1953 and a Ph.D. in Applied Physics in 1956. For the next 33 years he worked as a research physicist for General Electric Corporate Research and Development in Schenectady, New York, except for semester-long leaves as Visiting Professor at Göttingen University in Germany, at Rensselaer Polytechnic Institute in Troy, New York, and at Massachusetts Institute of Technology in Cambridge, Massachusetts. From 1989 to 2008, he was a Senior Lecturer in the Department of Materials Science and Engineering at MIT.

His research at GE was mostly on the magnetic, superconducting, and mechanical properties of metals and alloys, and resulted in over 100 papers published in technical and popular-science journals, and in seven US patents. Honors received for this work included election to the National Academy of Engineering, election as Fellow of the American Physical Society and of ASM International, a Distinguished Career Award from AIME, and a Coolidge Fellowship, GE's highest scientific award. In 1965, he published his first book, Effect of Metallurgical Variables on Superconducting Properties (Pergamon Press, with H. W. Schadler). He frequently lectured on his research at universities across the US and at scientific conferences in the US, Europe, and Asia.

His teaching and research at MIT led to another 30 scientific publications, high student ratings, an undergraduate textbook, Electronic Properties of Engineering Materials (Wiley, 1999) and a popular-science book, Driving Force: The Natural Magic of Magnets (Harvard, 1996), based in part on his popular freshman advisor seminar, The Magic of Magnets. The book on magnets served as the basis for a Modern Marvels program on magnets broadcast on the History Channel. He was also honored with a Freshman Advisor of the Year award. In 2011, he published a second popular-science book, Rising Force: The Magic of Magnetic Levitation (Harvard).

Jim also had a strong interest in genealogy and history, particularly of New York State. In 1970, he was editor/author of Glenville-Past and Present, a celebration of the sesquicentennial of the town of Glenville, New York. He served on the Board of the Friends of Clermont (a state historical park) and compiled a Livingston Genealogy for their 1986 celebration of the tercentenary of Livingston Manor. He published several journal articles on New York history and on Civil War history, and was the author of A Very Dangerous Woman: Martha Wright and Women's Rights (University of Massachusetts Press, 2004, with his wife Sherry H. Penney) and Arsenic and Clam Chowder: Murder in Gilded Age New York (State University of New York Press, 2010).

Jim was a direct descendant of Robert Livingston, the First Lord of Livingston Manor, New York who arrived from Scotland in 1673. Robert was a direct descendant of King James IV of Scotland. He was Minister of Indian Affairs to King George, and established a Manor on the Hudson comprising 160,000 acres. Jim was also a relation of the important ancestor, Chancellor Robert R. Livingston of New York, one of the five drafters of the Declaration of Independence and the Minister to France who negotiated the Louisiana Purchase with Napoleon in 1803.

His other interests included church, politics, dramatics, and tennis. He served as Trustee of the First Unitarian Society in Schenectady and on their Adult Program Council, where for several years he organized their social programs. He served as Democratic Committeeman in the Town of Glenville from 1963 to 1975, and was active in numerous political campaigns, including the anti-war campaign against the Vietnam War. He ran twice for Glenville Town Council, and although he lost, he received a higher percentage of the vote than any Democrat had received in Glenville in over forty years. On stage, he acted in several productions of the Schenectady Civic Players, the Unitarian Players, and the Pashley Players (children's theater). He also acted in over a dozen of GE's annual Christmas musicals, for which he wrote most of the librettos and song lyrics. For many years, he (with his first wife) wrote a weekly tennis column for Schenectady newspapers. He served as Regional Vice President of the Eastern Tennis Association, and worked in many capacities for the Schenectady County Tennis Association, including preparing their Golden Jubilee Booklet in 1965 and arranging local exhibitions featuring national tennis champions. He also worked for the Whitney Club and Edison Club tennis organizations, and won several local tournaments.

In 1953, he married Nancy Lee Clark of Phelps, New York, a Cornell classmate, with whom he had three daughters, Joan, Susan, and Barbara. His second marriage, in 1985, was to Sherry Hood Penney of Royal Oak, Michigan. He is survived by Joan Livingston of Boston, Susan Livingston (Henry) of Marblehead, Barbara Livingston of Malta, NY and his granddaughter, Julia Livingston of Marblehead. He is also survived by Sherry's sons, Michael (Wendy) and Jeff Penney, and the two grandchildren, Alana and Alex Penney.

Memorial Services for the couple will be held on Saturday, May 25th at 11 AM at the Old Ship Church, 90 Main Street, Hingham, MA. In lieu of flowers donations to the Union of Concerned Scientists would be appreciated. There will be a private family burial at St. James Church in Hyde Park, New York and a memorial service in Sarasota at a future date.

So many of us will miss Dad (Jim) and his bride-partner, Sherry Penney. They illuminated so many lives, and they will be remembered by countless friends and family members. With grief but also the joy of knowing them. (Thanks to Barbara for her photo posts here.}

Barbara,
I am so very sorry for your loss- your Dad and his wife sound like an amazing couple who lived life to the fullest and shared their talents with so many. My deepest sympathies are with you and your family.
Fondly,
Kathy (Graves) Curley 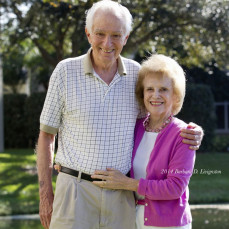 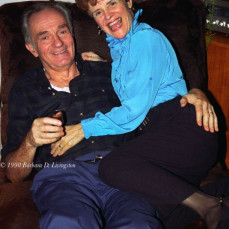 The services for James have not yet been added. Please sign up below to be notified when the services are ready.

The attached photos are added to the memorial of James D Livingston, III to help share their legacy.

Thank you for sharing your memory of James