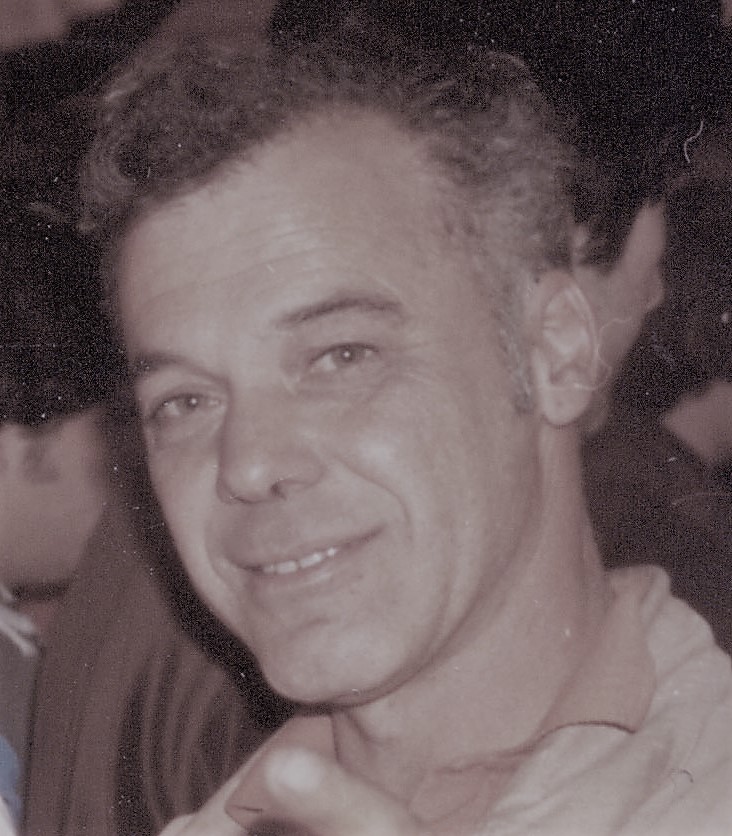 Joseph and his wife, Clara, spent 70 years together. In that time, they accomplished more than most of us even dream of.

Joe launched his first big adventure on his 17th birthday, when he enlisted in the US Army. In his tour of duty, he learned to operate equipment and even defused live bombs.

After coming home from the Army, he discovered another bombshell -- Clara Tramontano. It wasn't long before Joe and Clara started their life together. Joe was a natural innovator, and he put all of his mechanical skills to work creating one-of-a-kind inventions. Some of his inventions touched YOUR life, even though you may not realize it.

Have you ever listened to an RCA radio? Joe invented the first automatic antenna winding machine for RCA. He was a pioneer in animatronics.

Do you enjoy watching Hot Rod races? Joe Umbro invented the first Mini Funny Car, which defined an entirely new category of racing competition that is popular to this day.

Joe founded Umbro Machine and Tool Corporation in 1957, and in 1968 he was hired by NASA to fabricate specialized instrument chassis that was launched in the first successful mission to the moon, Apollo 11!

We can only speculate where his uncanny imagination came from. If you wanted to light his fire, all you would have to say is, "It just can't be done," and Joe would find a way to do it!

But more than all of these accomplishments, nothing made Joe more proud than his beautiful family. Joe and Clara raised two sons, Joseph and Gerald. And somehow, in addition to all his professional achievements, Joe found time to make sure the family had a lifetime of unforgettable memories.

He rented a motorhome and took the family on a cross country trip from New York to California. After returning, he actually built his own motorhome! Building was his God-given talent. He built homes, cars, boats, machines, even a flight simulator.

If building was his talent, flying was his passion. Thanks to Clara's intuition and loving encouragement, Joe learned to fly a private plane, and soon was punching through the clouds in his own Piper Cub. "9358 Charlie" was his best friend for many years. His favorite aerial trick was to shut down the engine of his plane from high above the airport and glide down onto the landing strip with only the wind under his wings! What a heart-stopper! Joe often told us "There is nothing more beautiful than floating down to the ground like a bird. It's the best feeling you can have." Joe, more than anyone we have ever known, could never be held down to the ground.

We can take comfort in knowing that our beloved Joseph experienced a life that knew no bounds and broke through every challenge. We are better people, every one of us, because he was in our lives.

Joseph Umbro was born on February 14, 1930 and passed on to his next adventure on April 18, 2021 due to a sudden cardiac arrest. He is survived by his wife, Clara Umbro, his sons Joseph and Gerald, and their families. His grandchildren are Michelle, Diane, Dustin, Daniel and Stephen. His great-grandchildren are Victoria, Dominic, Derick, Indya, Emilio, Jacob, Jenna and Tyler.
He will be treasured in our hearts forever.

There are no events scheduled.

Plant a tree in memory of Joseph

There are no tributes yet.

We encourage you to show your support by adding a tribute above:

The attached photos are added to the memorial of Joseph Alexander Umbro to help share their legacy.