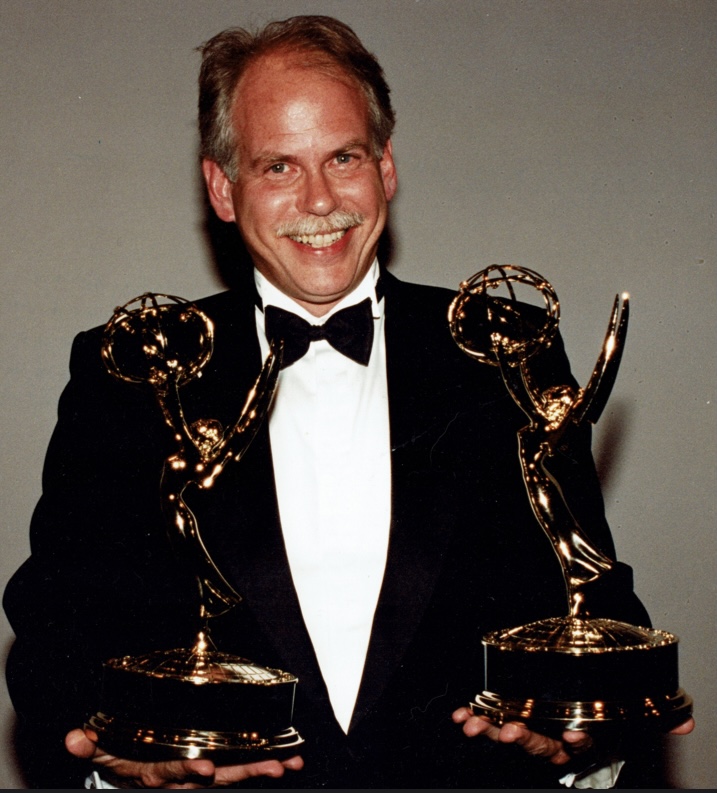 Known for his combination of cutting-edge technology, sleek implementation of virtual image space, and great charm, Hotopp created designs for such Broadway hits as The Tap Dance Kid, revivals of Brigadoon, and Oklahoma! (both with Agnes DeMille), Peter Pan, Oh Brother, Broadway Opry, Barbara Cook's concerts at Carnegie Hall, Liza: Stepping Out at Radio City, and a decade of designs for The Radio City Music Hall Christmas Spectacular.

Hotopp's national tours included Evita, Annie, Porgy and Bess, Gypsy, Buddy, Groucho, a Life in Revue, and concert tours for Liza Minelli, Barbara Cook, Mariah Carey, and Simon and Garfunkle. His other diverse credits include Off-Broadway's My Trip Down the Pink Carpet and Trixie True, Teen Detective; Enter The Night at Las Vegas' Stardust Hotel; Diana: Her Fashion History Exhibit; ICE! at Gaylord Hotels, and both the Baseball and Basketball Halls of Fame.

Nominated for 15 Emmy Awards, Hotopp won seven - including two in one year, tying himself for Best Production Design in 1994. His many television designs include The Oprah Winfrey Show, CBS This Morning, ESPN Sports Center, NFL Prime Monday, the Winter Olympic Games (1992, 1994, 1998), World Cups, Wimbledon, ESPN Summer & Winter XGames, and various national and international specials. A veteran of dozens of television commercials, he won a Clio Award for his work with IBM. Hotopp's final set design was for Suze Orman's Ultimate Retirement Guide, aired earlier this year on PBS.

Michael Joseph Hotopp was born April 19, 1946 in Charleston, West Virginia. While still in high school, he designed sets for the Charleston Ballet, the youth theater of the Charleston Symphony, and the Kanawha Players, one of the oldest theatre companies in the country. While studying at Carnegie Mellon University, he designed "exceptional" sets for the Pittsburgh's Chancery Lane Players, according to the Pittsburgh Post-Gazette. He transferred to New York University, during which he apprenticed at Goodspeed Opera House for the original production of Man of La Mancha. He graduated from NYU with a Bachelor of Fine Arts in 1968 and taught at the North Carolina School of the Arts before being drafted into the US Army. As a Specialist serving in Vietnam, he produced, directed, and designed theatrical productions through the entertainment section of Special Services.

Hotopp co-founded Associated Theatrical Designers with Paul de Pass in 1973, and within two years had designed sets and lighting for 80 regional shows. In 1983, Hotopp formed his own firm, Hotopp Associates, branching out into production, corporate media and themed entertainment. He sold the firm in 2013, remaining as a consultant, and serving as a lecturer and arts jurist.

Michael Hotopp, a resident of Lomontville, NY for 30 years and Manhattan, is survived by his husband, director-choreographer Sam Viverito and brother, John Hotopp of Charleston, WV. Per Hotopp's request, donations may be made in his name to the Wounded Warrior Project: https://www.woundedwarriorproject.org.

While living on Clark Rd in Charleston w.va. little did the kids on the street know our neighborhood productions were being put together by such a talent.
You have to wonder how much the beautiful scenery had to do with his great success. Woods hollow waterfalls such good memories such a gorgeous neighborhood and good times.
Susan Hullett Holt 1539 Clark Rd

My sympathies to the family. Michael taught me that time does not need to be wasted. Ivoryton Playhouse 1973. Russ Swift

Darling Sam: We miss our Michael so much. He was a treasure in my life. As are you. True jewels of friendship. Sending you much love always. - KV

The services for Michael have not yet been added. Please sign up below to be notified when the services are ready.

The attached photos are added to the memorial of Michael J. Hotopp to help share their legacy.

Thank you for sharing your memory of Michael