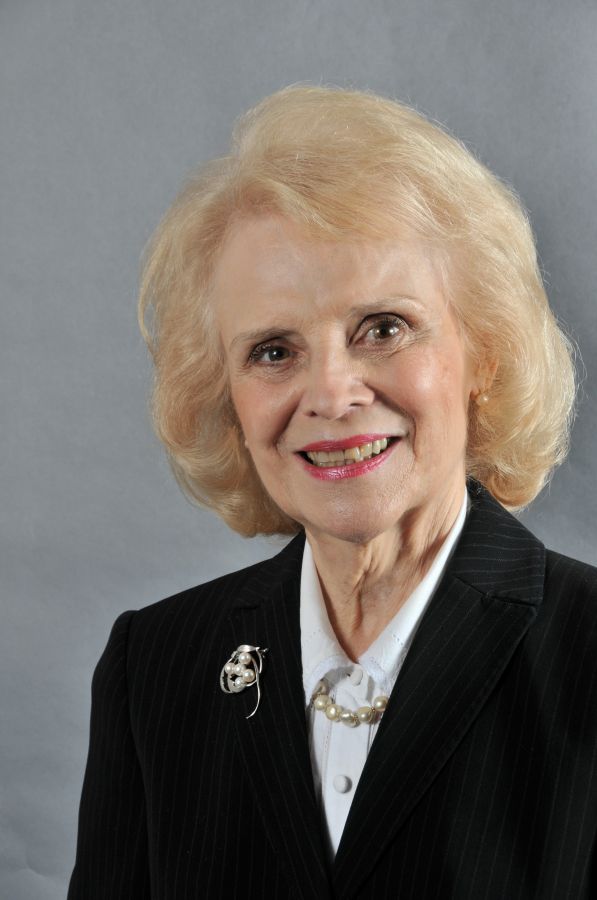 Sherry Penney and James Livingston, well-known for their exceptional accomplishments while living in Massachusetts, passed away last week at their Florida home. They were overcome by carbon monoxide from a car with a keyless ignition system.

Dr. Penney, 81, was chancellor of UMass Boston and founder of the highly successful Center for Collaborative Leadership at UMB. She and her loving husband James Livingston, a retired MIT professor, author and world authority on magnets, moved to Florida last October. Though retired from UMass, Dr. Penney continued to teach women's history courses for the Suncoast Alliance for Lifelong Learning, in Sarasota Florida, and other local organizations. She passed away the night after presenting a well-received lecture titled "Stuck or Unstuck, Women in the 21st Century" for the International Women's Forum, Florida Suncoast chapter.

Dr. Penney's vision and determination were evident early on. When she began her doctoral program in American History in 1970, at SUNY Albany, an advisor warned her that -- since she was female -- a university would never hire her as a faculty member. Dr. Penney noted that her advisor wasn't ill-intentioned, just realistic. It was that moment, she later said, when she decided "to become a university president so this would never happen to anybody else."

The longest-serving chancellor of UMass Boston, Dr. Penney led the campus for 11 years, from 1988 to 1995 and 1996 to 2000. She also served as interim president of the UMass System in 1995 and 1996. Upon her retirement in 2000, she founded the Center for Collaborative Leadership and served as its director until 2012. Sherry's executive experience includes serving from 1982 to 1988 as the first female vice chancellor in the SUNY system (64 campuses and 400,000 students) as Vice Chancellor for Academic Programs, Policy and Planning. She was Associate Provost at Yale University from 1976 to 1982. She taught at Union College, Yale University, SUNY Albany, and the University of Massachusetts, Boston.

Her writing covered topics in leadership, women's rights and political history. She is the author of Patrician in Politics (1974) dealing with New York politics in the 19th Century and co-author with her husband of a biography of the 19th century feminist and abolitionist Martha Coffin Wright, titled A Very Dangerous Woman: Martha Wright and Women's Rights, UMass Press (2004). With colleague Patricia Neilson she compiled Voices of the Future: Emerging Leaders in 2009. Their next book, Next Generation Leadership: Insights from Emerging Leaders, was published in 2010 by Palgrave/MacMillan.

Dr. Penney also published numerous articles in professional journals and opinion editorials in the Chronicle of Higher Education, the Boston Globe, the Boston Herald, and the Patriot Ledger.
In 2013 UMass Boston conferred professor emerita status upon her. In conveying the award, the Chancellor and Provost characterized her contributions as "transformative," citing her "invaluable contributions to making our campus a compelling force in the sphere of public higher education."
Sherry is survived by her sons, Michael and Jeff, and her grandchildren Alana and Alex.

Charitable donations may be made to the Sherry Penney Award in the History Department of the College of Arts and Sciences at the University At Albany, SUNY Albany, New York.
A memorial service for the Livingstons will be held on Saturday, May 25, at 11:00 am at the Old Ship Church, 90 Main Street, Hingham, MA. The service will be led by Rev. Ken Read-Brown, minister of First Parish Old Ship Church in Hingham (Unitarian Universalist), where the Livingstons were members for many years. A memorial service in Sarasota will be announced later, and there will be a family burial at a future date at St. James Church in Hyde Park, NY.

Someone has supported the family by purchasing them flowers or gifts from the Healing Registry.

Have left loving thoughts for both Sherry and her partner, James Livingston, and all the lives they touched. (They do not "enter.") One more time, with love to and from so many, Joan Livingston

Sherry was a leader, a mentor and a friend and I am heartsick with her passing. I will miss her kind strength and impactful presence. I am thankful to have spent time with her and to have had an opportunity to learn from her. I and am very sorry for your loss. Paula L. Becker, Board of Directors South Shore Health

Sherry, you may be petite but what a giant in our midst - you left an indelible footprint while with us and for us.
I'll recount a story of our first encounter where we knew instantly that we were sister jedi knights! We both served on the International Trade Advisory Board for Bill Weld many years ago. When you saw me, you were so delighted and excited that the two of us were serving together on the issues of education on the world trade stage. The first question you asked me, was "what size dress did I wear? a size two?" That was your size and so she thought she had found a common bond personally as professionally! (Unfortunately, although we were the same height, I am 4'11" stretching, our body shapes were different enough to warrant different sizes!) However, we both recognized the dynamism and power in our small frames that could impact and benefit students and learners of Massachusetts to benefit from the global stage. We continued to work on Asian-American issues in the ensuing years and developing "emerging leaders" together. You have helped to create so many leaders in our community and both Edwin Asamoah and I are grateful for that. Will remember our work together and continue to strengthen the important legacy you left. Wishing you and JIm everlasting happiness in the happy hunting grounds. So sorry for the loss of both of you - so dear to so many. Condolences to all your family members. I am so sorry I cannot attend the memorial this Saturday. God's continued goodness be with the two of you and blessings to your family. Pace e bene - Jacquie L. Kay, The Sun Walking Group/Labs

We love and miss you, Sherry.

I was very shocked to learn about Dr. Penney's passing while driving to work. The report came over the radio. I was fortunate to have been one of the participants in the UMass Emerging Leaders program just after Dr. Penney launched it and was its director. To say she was awesome would be an understatement. She had presence, confidence and smarts. She led through kindness, always guiding us to what's possible. It's no surprise that she accomplished as much as she did, and saw fit to create a leadership program to foster others. I'm grateful to have known her. My deepest condolences and prayers to the family,

The services for Sherry have not yet been added. Please sign up below to be notified when the services are ready.

The attached photos are added to the memorial of Sherry Penney to help share their legacy.

Please help memorize Sherry Penney by recording your attendance below.

Thank you for sharing your memory of Sherry