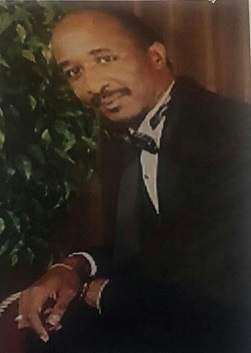 Dr. Willie L Hardin, 69, of Kingston, departed this earthy life and went home to be with the Lord, on Tuesday October 1, 2019 at the Health Alliance Hospital with his loving and cherished family by his side.

He was born on June 21, 1950 in Gastonia, NC and was the son of the late Humbert and Louise Francis Hardin. After graduating from Lincoln High School, Class of 1968, Dr Hardin came to Kingston NY where he met and married Naomi Hatcher on June 29th, 1974 at the New Central Baptist Church in Kingston. Born to their union were two daughters Alicia and Andrea.

Dr. Hardin was a lifelong learner, he completed his bachelors and master's degree in Mental Health, Psychology and Theology at the Christ Theological Seminary

He had been employed with IBM of Kingston and Poughkeepsie for 22 years, until leaving in 1990 to pursue his true passion, Preaching the Gospel.

During his pastorate Dr Hardin had many accomplishments. He was appointed to be the director of the Kingston Human Rights Commission by the late Kingston Mayor T. R. Gallo. He served as president of the Black Ministers Alliance of Kingston and successfully opened and operated the Stepping Stones Job Development and Employment Program, along with opening the first black christian bookstore he named New Wine Christian Bookstore in Kingston, NY.

Dr Hardin's passion for teaching and preaching the Gospel afforded him countless opportunities to do so across the nations. He was noted by his peers, students and fellow pastors as a Great Theologue and was also noted by the Kingston community as the "Voice of Kingston". During his pastorate at the RMBC, Dr Hardin formed the WLH Singers and the United Voices Choir singing throughout the Hudson Valley. Dr Hardin was committed and devoted to his family, church and his community.

Dr Hardin was elevated to the office of Bishop by Bishop Lester Williams, CCC of Jamaica Queens, NY as he continued preaching and teaching the Word of God.


His was preceded in death by his parents, two brothers Al Steve Hardin and Bennie Lawson Hardin, and his paternal uncle and aunt O.C. and Margaret Hardin.

Dr Hardin's memory will remain in the minds and hearts of all that knew and loved him. He will be forever missed.


The family will receive their friends at the Riverview Missionary Baptist Church, Kingston on Monday from 7 - 9pm and on Tuesday from 12 - 1 pm. The Going Home Service will be on Tuesday at 1:00 pm. Burial to follow in Wiltwyck Cemetery.

Arrangements entrusted to Keyser Funeral & Cremation Service, 326 Albany Avenue, Kingston, a tribute for Dr. Hardin may be found at www.KeyserFuneralService.com , where you may leave memories and expressions of sympathy for his family.

To order memorial trees or send flowers to the family in memory of Willie Leslie Hardin, please visit our flower store.