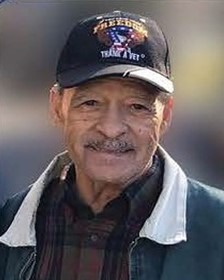 William "Billy" Costello was born in Brooklyn, NY on August 8, 1936, to Francis "Frenchy" Costello and William VanDerzee. He was raised by his Godparents: Vy & Robert Anderson in Kingston, NY. Billy attended Kingston High School and served in the U.S. Marines during the Korean War leaving the service in 1955.

Billy, fondly nicknamed "The Whale," or "Whisper" was a Renaissance man if there ever was one. Billy was highly esteemed as a baseball player, softball player, amateur boxer, as well as displaying proficiency as a highly skilled ping pong player. However, he was best known for legendary mastery on the pool table. He played with and against some of the best-known players of his time, earning a reputation any and everywhere he showed up with his stick.

Billy was also a talented trumpet player and crooner. Filling the house with music as he played renditions of Louie Armstrong, Dizzy Gillespie, Chet Baker, Harry James and his favorite trumpet player, Clifford Brown. He also had a beautiful singing voice. Often singing "the standards," he was inspired by Frank Sinatra, Mario Lanza, Ella Fitzgerald, Perry Como, Nat "King" Cole among others. Back in the day, he'd sing at outdoor Block Park festivities.

Ever the jack of all trades, Billy has operated a number of bars, laundromats, candy stores, clothing stores in the local area. He loved working as a taper, which he continued to do up until his battle with Lymphoma no longer permit­ ted him to.

He was a boxing trainer. After an amateur career in which he won 25 of his 26 fights, he began a family dynasty within the sport. Billy trained several locals. But his stint as a trainer is most noted by his sons Billy and Vinnie who went on to have successful amateur and professional careers. His son, Tony, also won Golden Gloves as an amateur boxer.

He was proud of his family, but often quiet regarding his own achievements. He was extremely talented, but always relied on hard work and relentless practice to master his many crafts. He led by example in those regards. He often said, "Hard work beats talent that doesn't work hard," and "You should never have to question whether or not you did your best...if it's in the preparation, it should be in the performance."

Billy spent a lot of time on the road. He's gotten 10 see and experience a great deal of our beautiful country. He's met and rubbed elbows with people from all walks of life; rich, poor, famous, infamous, and unknown. And he managed to leave an impression on so many. It's hard to come across anyone that's met him that doesn't have at least one story about "The Whale."

He lived a full, rich life. He's been inducted into local Halls of Fame for baseball and softball. He's been mentioned in published books on billiards.

He was a proud member of The VFW, The American Legion, and the White Eagle Hall, where he was surrounded by friends with whom he shared countless laughs and great times.

But Billy would quickly tell you that his greatest achievement was his wife, Dolores ("Polly."). He'd say "They don't make them like her anymore...you can't beat her. You might tie her, but you can't beat her." Polly and The Whale is a love story that began in high school. They wed in 1955, and immediately began filling their home with children.

Up until the summer of 2022, you could see them on their frequent "lover's trips," as they called them. They would go out for breakfast, lunch or just grab a coffee and talk.

They would go get ice cream at a local parlor to "have a sweet with their sweet." Often, they would just drive, visiting familiar places from their lives, or just enjoying the scenery. When they looked into each other's eyes, you could feel the love that over 70 years of togetherness engenders. Fittingly, Billy left this world peacefully, with his girl sitting by his side.

Billy is predeceased by his sons, William "Billy" Costello, John Costello, George Costello, and his daughter Theresa Costello-Kogon, as well as Grandchildren Tony and Cleopatra. In addition, Billy was also predeceased by his brother William VanDerzee and sister, Carol Hicks of Springfield, Massachusetts.

"I've lived a life that's full. I traveled each and every highway.

To order memorial trees or send flowers to the family in memory of William Costello, please visit our flower store.