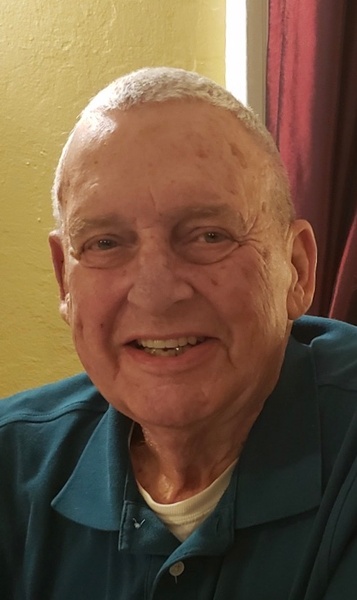 Bill grew up and spent his entire life in Kingston. Through the years, he was active in his church, Kiwanis, politics and loved a great game of golf at Twaalfskill where he was a member. Later in life, Bill and Nancy spent an abundant amount of time with family and friends at their second home in Schroon Lake, NY.

As an independent insurance adjuster, he owned and operated William B. Merrill Associates in Kingston for many years. Bill was a member of the St. James United Methodist Church in Kingston where he was a youth fellowship leader, Sunday school teacher and superintendent, and a member of the choir.

Bill is survived by his wife, Nancy Merrill of Hurley, his children, Diane Krein and her husband Harold of Hurley, Bill Merrill and his wife Jane of Hurley, his grandchildren, Laurie Sakhnovskiy (Sergei), Allie Constant (Andrew), Brad Merrill, Greg Merrill, as well as two great grandsons, Luca Sakhnovskiy and Beckett Constant and his brother in law Peter Brittain (Gail). He will also be missed by his Golden Retriever Ollie.

Arrangements entrusted to A. Carr & Son Funeral Home, Kingston, NY. In the interest of public safety and in accordance with New York State's Executive Order in response to the Corona virus, the services will be held privately. A tribute for Bill can be found at www.CarrFH.com , where you may leave memories and expressions of sympathy for his family.

To order memorial trees or send flowers to the family in memory of William B. Merrill, please visit our flower store.