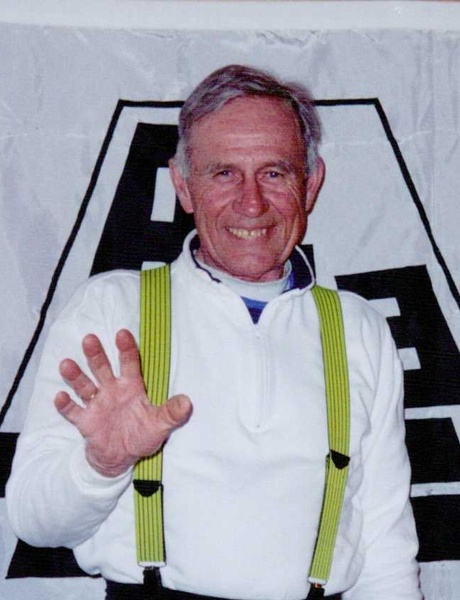 Willard C. (Bill) Hornbeck, 95, of Woodstock, NY passed away peacefully Tuesday, March 22, 2022 at home. He was born July 20, 1926 in Ohioville, NY, the son of Joseph J. and Bessie (Palmatier) Hornbeck. A sister, Violet and a brother, Earl, predeceased him.

He is survived by his 30 year partner, Betsy Burns, her children Tania and Mike and their children Jadyn, Shayla and Ashly, and her son Graig. Bill’s children include a son, James Hornbeck, of Salt Lake City UT, a son, John Hornbeck and his wife Gina and their children Maria and her husband Dan Schiller, and son Alex Hornbeck, a daughter Carol Ann Warren and her children Josh and his wife Jen, son Brendan, and daughter Ellie Reese and her husband and two children.

Arrangements are entrusted to Keyser Funeral & Cremation Service, 326 Albany Avenue, Kingston, NY 12401, where family and friends may visit on Friday March 25, 2022 from 4pm to 6pm with the service of remembrance taking place at 6pm. Burial will be held privately in Lloyd Cemetery at a later date. For those who wish, contributions in Bill’s memory may be made to the Ulster County SPCA at www.UCSPCA.org. A tribute may be found at www.KeyserFuneralService.com, where you may leave memories and expressions of sympathy for his family.

A Brief Summary by Bill

I was born at home in Ohioville, NY, on July 20, 1926. One of my earliest memories was of my mother passing away when I was 6 years old. There was a measles epidemic and she and everyone on the street were ill. She developed pneumonia and died. My grandmother and aunt cared for me while my father worked as a house painter.

My early days were spent playing baseball, bike riding and going to grade school in the little one room school house across the street. As I grew, I learned to hunt, fish, and trap for furs, which I sold to a man who came by and bought the furs. I picked blueberries, currants and all the seasonal fruits of the area to make extra money too. I was always busy. I often helped my father with his work when I got a bit older, and my job was always to paint the windows. Some of those old houses are still standing in New Paltz, and I remember every brush stroke I cut in. We used to mix the lead powder, linseed oil and pigments ourselves, to make the paint.

At 17, with World War II raging, I decided to join the Navy and go to sea. I enlisted, and after a year of electrical education and training at Perdue University, I was sent to Pearl Harbor, Hawaii, where I spent my 4 years in a Navy ship repair unit doing electrical work. I remember seeing the battle torn ships come hobbling in for repairs after their encounters, and the visions of the carnage in the harbor are still vivid today.

Often there was no work at the repair yard, so I got various jobs in town to make extra money. After my discharge, I joined the Navel reserves, got married and went to work for an electrical contractor and for myself, doing electrical and plumbing. Just as my new life was well started, I got called back into the Navy for the Korean conflict. I spent a year on a Destroyer Escort, the USS Cross, which was a mothballed ship brought back into service as a reserve training ship. I spent much of my time at my job in aftersteering. With my hatch open to the afterdecks, I could watch our ship run over its' own depth charges, hit submerged obstacles and take down the docks as we came into ports to tie up. That Commander needed all the training he could get. Somehow we all survived.

Upon my second release from the Navy I decided to look for a secure, steady job, and applied at IBM, was hired based on my Navy experience and training and spent the next 35 years as a Production, Quality, Subcontract Quality, and Security Systems Development Manager, with a great company.

All my life I fished, but I really became hooked on the sport when I started fishing in salt water. My skiing friend and mentor, Cal Cantrell, was an avid salt water fisherman, and he convinced me to try it. I became very good at catching a lot of fish and began selling my catch commercially. I became a licensed Captain, and began chartering fishing trips off Point Judith, RI in my 26 ft Bertram runabout, the "Go For It". My sons Jim and John and I spent many fine weekends fishing the seas, and I spent whole summers there after my retirement in 1987 fishing for mako and other sharks, giant tuna, bluefish, codfish, and flounder.

When the summer fishing season was over in Rhode Island, I headed for Lake Ontario and Pulaski, NY for the salmon and steelhead fishing, some of the best in the East. Catching a salmon in the river was extremely exciting using light tackle. There were plenty of fish to be caught, and as the men lined up on either side of the streams you could hear them cry, "FISH ON," "FISH COMIN'DOWN", as the anglers hooked and fought the 20-30 lb fish to the shore.

In my young days, I hunted rabbits, squirrels, and other small game in season for food and furs, and later with my bird dogs I hunted pheasant, partridge, and woodcock. In later years, after the salmon fishing was over, I headed home and on the first day of hunting season, my sons and I would head into the woods to hunt deer for the freezer. While I saw many bear, I had enough sense to let them pass, as I had no taste for bear meat and no idea how to get a 300 pound animal out of the woods. Besides, ski season was just around the corner.

My friend Bud Ingram introduced me to skiing in the early Sixties. My first ski run was at Simpson's Ski Slope in Phoenicia, and I was hooked. With two local areas very close to New Paltz - Mohawk and Minnewaska – it was easy to get lots of practice on the snow. Bud and I started the Shawangunk Mtn Ski Club, and this provided opportunities to learn how to teach the sport. During that time I joined USEASA and became a Qualified Amateur Ski Instructor (QASI). I took advantage of this and also learned first aid so if someone became injured we could provide the appropriate first aid. I became a Gold Star Senior Patroller with NSP and also trained other patrollers there and later at Belleayre. We had both ski instructors and ski patrollers in the club that were involved with the two local areas. Eventually I was involved running both little areas as Ski School Director and Head Patroller.

In the early 70"s as my children grew, I decided it was time to go to a bigger mountain, and came to work at Belleayre. In the spring of 1975 I earned my full ski teaching certification with PSIA. My sons John and Jim became avid skiers and racers as they grew into their teens, and we spent many weekends at racing events also. I worked part time at Belleayre for many years as instructor and staff trainer, and when I retired from IBM I taught there full time, in addition to running the Amateur Ski Instructors Association (ASIA) which I founded with others in 1980. ASIA became a PSIA member school, running certification and ski education programs in the East, California, Japan, Korea and England, as well as at the United States Military Academy at West Point. I ended my work career as Building Inspector for Town of New Paltz, then Town of Gardiner to keep myself entertained a bit longer, then for a bit more fun and aggravation, took up golf at 80.

At 95, I can say it's been a short walk. When I look back over my life, there have been lots of bumps along the way, but overall it has been a great experience and I have been blessed with a pretty happy life, being able to provide and care for my families, and still do the things I am passionate about, and sharing those things with others along the way. Of all the opportunities in my life, fishing and skiing have topped the list of most wonderfull, and I am privileged and proud to have been able to share my knowledge and passion for the sports with so many others over the years.

To order memorial trees or send flowers to the family in memory of Willard C. "Bill" Hornbeck, please visit our flower store.