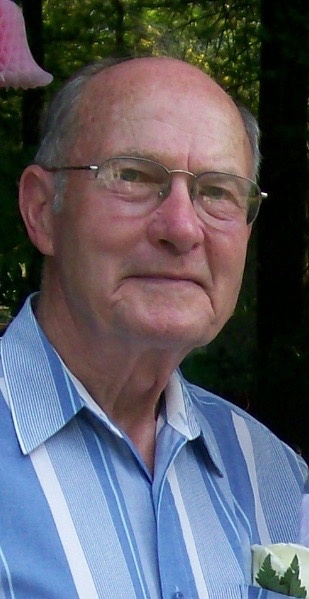 He was a Kingston High School Graduate, Class of 1942 and later attended the Moran Business School in Kingston. Warren served in the Pacific during World War II as a member of the Naval Construction Battalion, "Seabees". He was always very proud of his service to his country. After his time in the service, Warren worked for Sealtest / National Dairy in Highland as a driver and salesman for 35 years. After his retirement he worked at Herzogs's in Kingston for 9 years.

Warren was an active member of Immanuel Lutheran Church in Kingston for his entire life. He was an avid outdoorsman, enjoying hunting, fishing, camping, hiking, gem collecting, and rock hounding. He and his wife enjoyed ballroom dancing together for many years.

Warren is survived by his wife, Flora of Hurley, his children James Werner and his wife Carol of Hurley, Marjorie Bohan of Tillson, and David Werner and his wife Debbie of Rosendale, his sister, Audrey Vitarius of Sequim, WA, as well as six grandsons and six great-grandchildren. In addition to his parents he is predeceased by his brother, Charles Werner.

Arrangements are entrusted to Keyser Funeral & Cremation Service, Kingston, NY. A memorial service for Warren will be held at 11am on Saturday January 22, 2022 at Immanuel Lutheran Church, 22 Livingston Street, Kingston, NY 12401. For those who wish, contributions in Warren's memory may be made to a charity of your choice. A tribute for Warren can be found at www.KeyserFuneralService.com , where you may leave memories and expressions of sympathy for his family.

To order memorial trees or send flowers to the family in memory of Warren Frederick Werner, please visit our flower store.