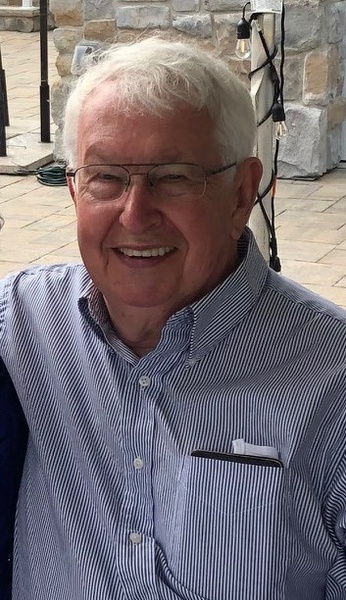 Walter J. Sutkowski, 84, passed away on Sunday, October 3, 2021 in Mid-Hudson Regional Hospital, Poughkeepsie after a week-long valiant struggle with a sudden illness. Born in Jersey City, NJ, to the late Walter and Fannie Sutkowski, his proud parents. Walter is survived by his loving "child bride" of 20 years, Diane (nee Trifkovich), his sister, Dorothy Cardiello, niece, Lynn Hanlon (Brian) and nephew, Jay Cardiello, in-laws who loved and respected him and a plethora of friends who felt the same. Those relatives who chose not to recognize him in the years past shall remain nameless here.

Walt went to Dickenson High School in Jersey City, went on to get a B.S. in Physics at St. Peter's College (now University) in Jersey City and an M.S. at New York University in the same science. He taught general Physics at Queensborough Community College, was involved in microprobe analysis at GT&E in Bayside, L.I. as a research engineer and was captured by IBM in 1967 where he initially worked in various fields including semiconductor development, metallurgy, reactive ion etching of dielectrics, chemistry and more. Recognizing his abilities IBM promoted him to Senior Engineer/Manager where he supervised Engineering projects in thermal, cable, mechanical testing and then data base input for hardware and manufacturing on a world-wide basis. He retired in 1992 as a Senior Engineer where he directed selection of materials, processes in support of site hardware development. A few years later he went back as a contractor on a six-month assignment which lasted for 16 years.

He traveled to China, Europe and loved Maine. He and his wife were fortunate to travel to Spain, Croatia, Italy and numerous National Parks and cities. As they reminded each other they were blessed. Walt was involved with Amateur Radio since he was 16, was a long-time member of Mt. Beacon Radio Club as a member and officer; got a black belt in Karate; was a wonderful landscape photographer. Walt complied the newsletter for Prostate Cancer 101 Kingston for many years and served on the Board.
His talents were many as were his friends who became family. He was a generous loving man who will be sorely missed.

To order memorial trees or send flowers to the family in memory of Walter John Sutkowski, please visit our flower store.