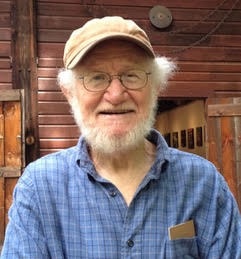 Todd Samara, one of Kingston's resident artists, passed away peacefully on September 30, 2020.

Todd, born in Brooklyn 1943, had the natural ability to draw and paint. Enlisting in the Navy for eight years on an aircraft carrier, he often painted murals, and portraits of the crew. His life experiences eventually brought him to Kingston, where he resided for thirty years. Living a bohemian lifestyle, he first lived on a boat for several years, painting and earning a living in a variety of odd jobs before moving to a small home where he dedicated his life to painting. Earning a BFA at the University of New Paltz, he gradually built a reputation as a local artist whose work reflected the landscape and its inhabitants, and transforming them into works of great emotional intensity. He would often be seen on walkabout, gathering new inspiration for his paintings.

He is survived by his brother Tom and sister-in-law Valerie, Todd's nephew Tim and partner Sean, his sister Laurie Schlageter and her husband Jim, and several cousins.
Expressions of sympathy may be made in the form of contributions to The Todd Samara Art Fund at M.A.D. Kingston.

To order memorial trees or send flowers to the family in memory of Todd J. Samara, please visit our flower store.