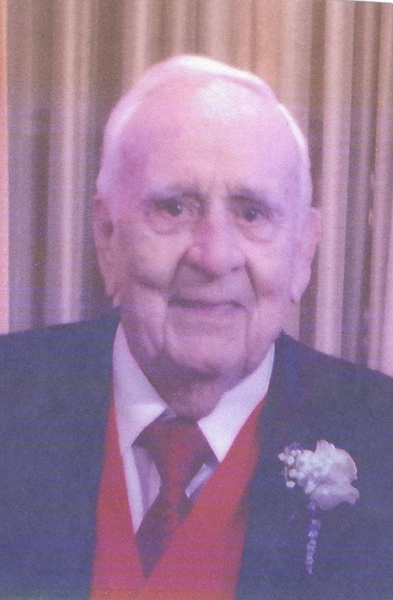 Theodore (Ted) Dietz, 98, of Kingston, New York passed peacefully on January 18, 2021, at the Golden Hill Nursing Home in Kingston. He was the loving husband of the late Regina Dietz, the brother of the late Dorothea Noback, and the son of the late William and Elsie Dietz.

Ted was raised in Flushing, New York and attended Jamaica High School. He attended the U.S. Merchant Marine Academy in Kings Point, New York from 1942 to 1944, and enrolled as an Ensign in the U.S. Navy from 1944 to 1946. Shortly after the end of the war, he became A New York City police officer. Ted continued his studies at City University and John Jay College of Criminal Justice. He rose in rank to Lieutenant in the NYC Police department, retired in 1969, and initiated the Criminal Justice Program at Ulster County Community College, teaching until retirement in 1985.

Ted and Regina (Jean) Kern were married on June 28, 1947. They moved to Bayside, New York where they raised five children. Ted was very involved in all the children's activities, especially supporting the Boy Scouts and Girl Scouts. The family spent summers at the vacation cottage in Hampton Bays, New York with many gatherings, and sleepovers. Ted enjoyed grilling steaks, clams, burgers and corn on the cob. Somehow, he could always tell when a steak was perfectly done by touching the outside of the barbeque fork to the outside of his lips.

During retirement Ted enjoyed golfing, woodworking, bowling, and playing bridge. He enjoyed volunteering at the Hudson Valley Maritime Museum, RSVP (Retired and Senior Volunteer Program), and the Friends of Historic Kingston. While volunteering at the Kingston Visitors Center, he became interested in the history of Kingston. He became a source of information concerning early Kingston settlers and heritage, and authored 7 books on the early history of Kingston.

Entrusted to the care of Keyser Funeral & Cremation Service, Kingston, NY. A memorial service for friends and family will be held at a later date. In lieu of flowers, donations can be made to the Friends of Historic Kingston ( https://www.fohk.org ), or People's Place ( https://www.peoplesplaceuc.org ) A tribute for Ted can be found at www.KeyserFuneralService.com , where you may leave memories and expressions of sympathy for his family.

To order memorial trees or send flowers to the family in memory of Theodore E. Dietz, please visit our flower store.