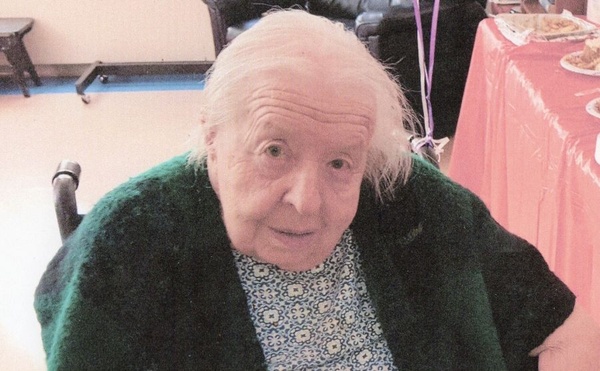 Thelma Felton passed away peacefully at Ten Broeck Commons on May 10, 2020. Thelma was born in Kingston on October 18, 1922 to Carrie and William Deitz. She graduated from Kingston High School and the Spencer School of Business. On June 7, 1942, she married Lester Felton who passed away July 26, 1983.

Lester built their home in Lake Katrine and Thelma resided in that home for 65 years until she moved to Ten Broeck Commons. Thelma loved genealogy and history. She spent untold hours researching family trees and was proud of her memberships in many genealogical and historical societies. She was an antique buff and also loved nothing better than spending the day working in her flower gardens. She was a past member of the Katsbaan and Plattekill Reformed Churches and served on both of their consistories.

Thelma leaves behind her four devoted children, sons Rand (Mary) Felton, Lester (Shirley) Felton, and Kirk (Audrey) Felton and a daughter, Jean (James) McGarry. She reveled in her five grandsons who told her jokes and sometimes made her the brunt of their jokes; Lester (Barbara) Felton, James "Boomer" Felton, Peter (Meghan) McGarry, Conor (Shauna Deland) McGarry, and Adam Felton. She will also be remembered fondly by her step grandchildren, Andy (Izzy Ruiz) Konrad and Amy (Satya) Scanlon. She was blessed to have eight great grandchildren in her life: Jackson, Maxwell, Nicole, Kristin, Emily, Ashlyn, Liam and Owen. She also leaves behind a devoted niece and friend, Barbara Cook.

Thelma's family is eternally grateful for the loving care, kindness, and friendship that the staff of the Dewitt wing gave our mother these past five and a half years. Memorial gifts to honor Thelma can be given to the Ten Broeck Commons Activity Fund or to your favorite charity. While we are not able to gather to celebrate her life, no doubt she would appreciate you raising a glass of your favorite bubbly as a wonderful send off. A private service will be held at the Mount Marion Cemetery with arrangements entrusted to the Keyser Funeral Home.

To order memorial trees or send flowers to the family in memory of Thelma D. Felton, please visit our flower store.