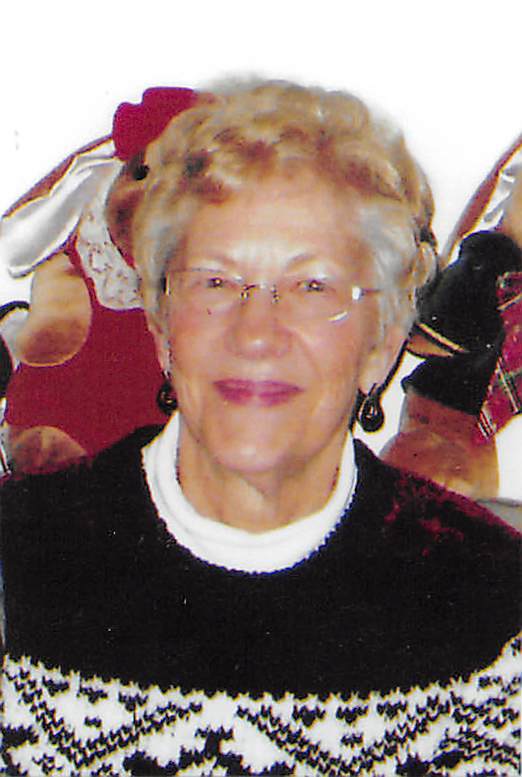 Sylvia A Van Etten died on October 2, 2018 in the loving care of her daughter Terri and son in law Jack in their home in New Paltz, NY.
She was born at home on Hurley Avenue in Kingston, NY on April 21, 1934 to Joseph and Mildred Hughes. She married David A Van Etten on June 19, 1955. They had their first apartment on Hurley Avenue and then built their home on Hurley Avenue. She always said "I will never get off Hurley Avenue."
She was predeceased by her parents, her husband and her sister Shirley Rifenburg.
She was the loving mother and is survived by her son Mark (Buzz) Van Etten of Hurley, NY, and her daughter Terri Van Etten and her husband Jack Ordway of New Paltz, NY. She was the dear grandmother of Joshua LeFevre and his wife Wendy of Austin, TX, Benjamin LeFevre of Austin, TX, Hadley Ordway of Kingston, NY, and Livingston Ordway and his wife Heather of Brooklyn, NY. She was the sister in law of Ronald Rifenburg. He and her sister Shirley were her best friends and neighbors. She is also survived by nieces Marie Webster and Cindy Weber, and nephew Richard Rifenburg, dear friends Tom and Diana Palmer, and devoted caregivers Rosalie Murray, and Dorothy Barrett.
She was a graduate of Kingston High School class of 1951. She worked at Hucktrol and then IBM. She left IBM to raise her family. She was a devoted mother and friend and was always lending a hand to help her family and friends. She was active at The Old Dutch Church and the YWCA. She enjoyed painting, drawing, crafting, and "antiquing" at yard sales.
Private funeral services and burial are under the direction of A. Carr & Son Funeral Home, 65 Lucas Ave, Kingston. The family requests that donations in her memory be made to The Old Dutch Church, 272 Wall St, Kingston, NY 12401. To leave an expression of sympathy, please visit www.CarrFH.com

To order memorial trees or send flowers to the family in memory of Sylvia A Van Etten, please visit our flower store.