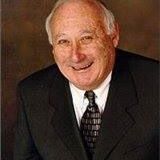 Stuart "Stu" Svirsky, 83, of Weston, CT. passed away on Thursday morning, December 21 at the Regional Hospice and Palliative Care Center in Danbury, CT.

Stu grew up in Kingston, NY, son of the late Julius and Minnie Svirsky. He attended Kingston High School and went on to attend NYU. Stu enlisted in Navy and was stationed in Virginia Beach, VA where he served his country that he loved dearly. At home, he went to work in the family drugstore, where he eventually met his future wife Linda Goldowsky.
Stu's career in sales took the family from Kingston to Pittsburgh and onto Atlanta before returning to Pound Ridge, NY. After tiring of life on the road, he purchased a home care company in Stamford, CT and eventually settled in Weston, CT where he lived for the past 27 years. He attempted to retire in his early sixties, but retirement was not for him. He soon went on to a new career as a realtor with Coldwell Banker where he served as President of MFCAR and active member on the Board. After a second career of 20 years, he retired for a second time in February 2017.

Stu loved life. His energy and signature smile would always light up a room. He took time to get to know everyone, referred to them by name and would recall specific details about each person he met. His greatest joy was spending time with his family and friends. Nothing elaborate was needed, just a little food, a good drink and lots of laughs.

He leaves behind his wife of 52 years, Linda Svirsky of Weston, CT; his daughter, Michele Svirsky; his sister Judith Cohen of Bennington, VT and numerous cousins, nieces and nephews whom he loved dearly.

A Celebration of Life service will be held after the holidays in CT. Stu will be laid to rest in the family cemetery in Kingston, NY.

To order memorial trees or send flowers to the family in memory of Stuart "Stu" Svirsky, please visit our flower store.