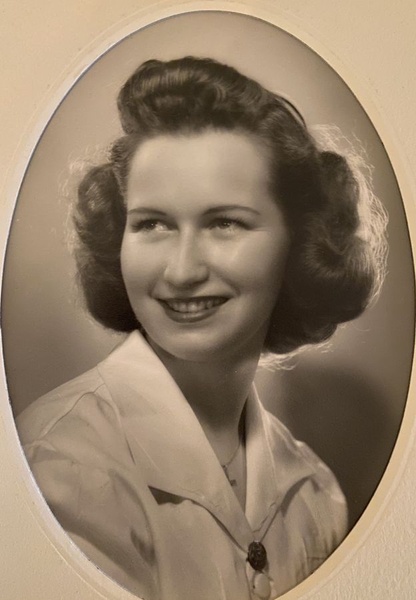 Shirley L. Grunenwald, 93, formerly of Kingston, passed peacefully on Friday, May 1, 2020 at Ten Broeck Commons in Lake Katrine after a long struggle with dementia.

She was born on August 6, 1926 in Saugerties and was the daughter of the late Ross and Jessie Snyder.

During WW II, as a student, she was a plane spotter on Nanny Goat Hill in Saugerties. Always an avid reader and gardener, she also enjoyed and was a skilled quilter, sewer, painter and crafter. She liked to fish in the Ashokan Reservoir and enjoyed her annual stay along the coast of Maine.

Thank you to the staff at Ten Broeck Commons, especially the Brookview wing and to Dr. Michael Burke for the wonderful care they gave Mom and for allowing her to be a Nurse, (if only in her own mind) until the end.

Arrangements entrusted to the care of the Keyser Funeral & Cremation Service, 326 Albany Ave., Kingston. In the interest of public safety and in accordance with New York State's Executive Order in response to the Corona virus, the service and burial will be private.

A tribute for Shirley may be found at www.KeyserFuneralService.com , where you may leave memories and expressions of sympathy for her family.

To order memorial trees or send flowers to the family in memory of Shirley L. Grunenwald, please visit our flower store.