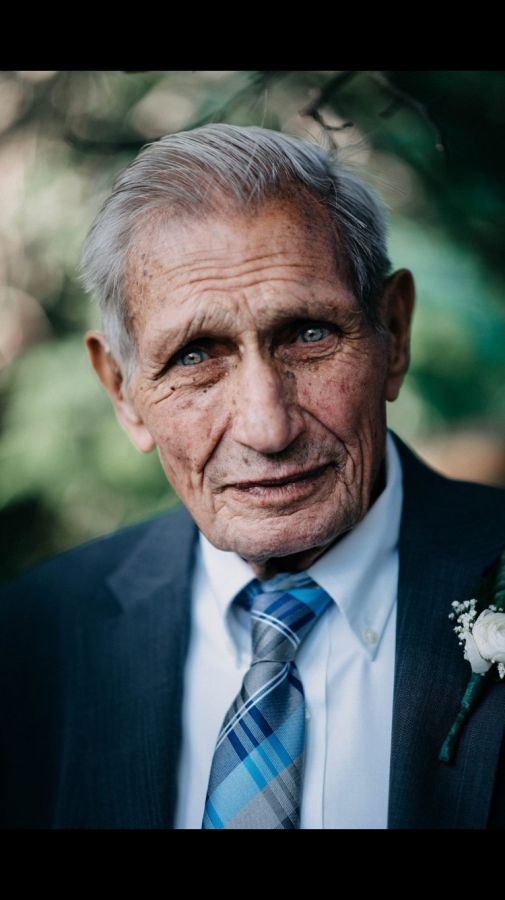 Sanford Olin Whitman, 89, of Kingston, passed peacefully Wednesday evening, December 13, 2017 at Vassar Brothers Medical Center in Poughkeepsie, surrounded by his loving family. He was born March 5, 1928 in Raton, New Mexico, the son of the late Franklin O. and Evelyn (Watson) Whitman. Sandy was married to Joanne (Andorn) Whitman, they wed April 23, 1949, in Cazenovia, New York, they celebrated their 68th year of marriage this past spring.

He was a graduate of Kingston High School, Class of 1946, and had attended Rutgers University. Sandy was the founder of Whitman Electric in 1960, where he served as President until his retirement in 1994. He had a love of farming and gardening which started when he was a young boy. He was active in the Future Farmers of America. For years he tended to his garden and was known for bountiful crops of tomatoes. Later in life, he enjoyed spending time on the sunny beaches of Puerto Rico.

In addition to his wife, Joanne, he is survived by his children, Sanford "Sandy" Whitman, Jr. and his wife Mary Anne, Dale Whitman and his wife Donna, Cheryl Tiano, and Susan Heigl and her husband Brian, grandchildren, Nicole Suris, Melissa Dvorocsik, Jill Overbaugh, Katie Whitman-Loveland, Courtney DeVito, Amy Marshall, Kristin Ackert, and Luther Heigl, ten great grandchildren and one on the way. As well as his sisters, Mildred Milkovich, Evelyn Focht, Lynne Teatley, and June Hanss. He is predeceased by his siblings, Zane Dornblut and Wilbur Whitman.

Entrusted to the care of the Keyser Funeral & Cremation Service, 326 Albany Ave., Kingston, where family and friends may visit on Friday December 15, 2017 from 4-8 pm. The service will be held at 10am on Saturday December 16, 2017 at the funeral home. Burial will be held privately.

In lieu of flowers, donations may be made to Boys & Girls Club of Ulster County, PO Box 2271, Kingston, NY 12402, www.bgclubsulstercounty.org or the charity of your choice.

To order memorial trees or send flowers to the family in memory of Sanford "Sandy" Whitman, please visit our flower store.