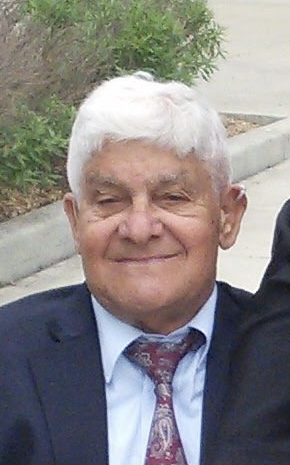 Salvatore J. Castiglione, 94, of the Town of Ulster, NY, passed away Monday, August 23, 2021 at his home surrounded by his family. He was born August 11, 1927 in the Town of Ulster, son of the late Flavio and Josephine (Orrico) Castiglione. In 1954 he married the late, Agatha (Grunenwald) Castiglione. Sal enlisted in the US Air Force and served during the Korean Conflict. He rose to the rank of Staff Sergeant and was awarded the Bronze Star.

He was a parishioner of St. Colman's RC Church, where he served as a Trustee of the Church and was the head of the Altar Server Training Program. He was an Honorary Member of the Lake Katrine Rod & Gun Club and the East Kingston Volunteer Fire Department. He had a strong sense of community service which included singing with groups that visited nursing homes, hospitals, and group homes in Kingston and Albany.

Sal was a Licensed Barber who began his practice in the Town of Ulster and grew his business to four shops in the surrounding areas. Throughout his life he was active in Town of Ulster Government serving as Tax Collector, Councilman, and Tax Assessor. He was a Republican Committeeman for over thirty years and at one time served as Chairman. He was also a past President of the Town of Ulster Republican Club. In 1970 he established the Ulster Landing Mobile Court, Inc, and served as its President until his passing.

Arrangements entrusted to Keyser Funeral & Cremation Service, 326 Albany Ave., Kingston, NY 12401, where family and friends may visit on Wednesday August 25, 2021 from 4pm to 7pm. The funeral procession will form at the funeral home on Thursday August 26, 2021 at 10am and will then proceed to St. Colman's RC Church, 18 Brigham Street, Kingston, NY 12401, where at 11am a Mass of Christian Burial will be celebrated. In accordance with CDC guidelines unvaccinated individuals are required to wear a mask and the family requests that all attendees consider wearing a mask.

In lieu of flowers the family requests contributions be made to St. Colman's Building Fund, 18 Brigham Street, Kingston, NY 12401. A tribute for Sal can be found at www.KeyserFuneralService.com , where you may leave memories and expressions of sympathy for his family.

To order memorial trees or send flowers to the family in memory of Salvatore J. Castiglione, please visit our flower store.