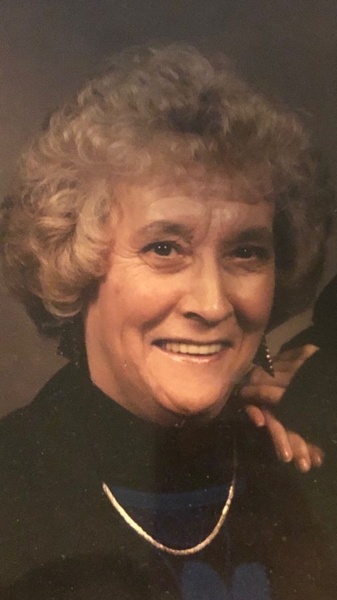 Ruth A. Temple, 83, of Sawkill died peacefully at Ten Broeck Commons on Thursday May 14, 2020. She was born Sept. 18, 1936 in Kingston, NY to Kenneth and Hazel (Buley) Sickler. In 1962, she married Herbert A. Dixon and operated the Sawkill Snack Bar with him until his death in 1976. Mrs. Temple then worked in the warranty department at Johnson Ford in Kingston until her retirement.

She had a deep faith in God and enjoyed camping, reading and spending time with her family. She was especially proud to be called 'Nanny' by her many grandchildren and great grandchildren and loved going to their sporting events. She was frequently heard yelling 'all right!' from the sidelines after the crack of a bat, a touchdown, the swish of a basketball or the strike of a bowling ball. Even in her later years, she was never too old to get on the floor with her great grandchildren and play with matchbox cars or dolls. She had a lot of spunk and if you said or did something she didn't like, she would say "Don't get my German Dutch up!" but she never held a grudge. She had a kind heart and more than once brought someone in need home to live with her.

Arrangements entrusted to Keyser Funeral & Cremation Service, Kingston, NY. In the interest of public safety and in accordance with New York State's Executive Order in response to coronavirus, the services will be held privately. In lieu of flowers, donations in Ruth's name can be made to Sawkill Fire Department, 896 Sawkill Road, Kingston, NY 12401. A tribute for Ruth can be found at www.KeyserFuneralService.com , where you may leave memories and expressions of sympathy for her family.

To order memorial trees or send flowers to the family in memory of Ruth A. Temple, please visit our flower store.