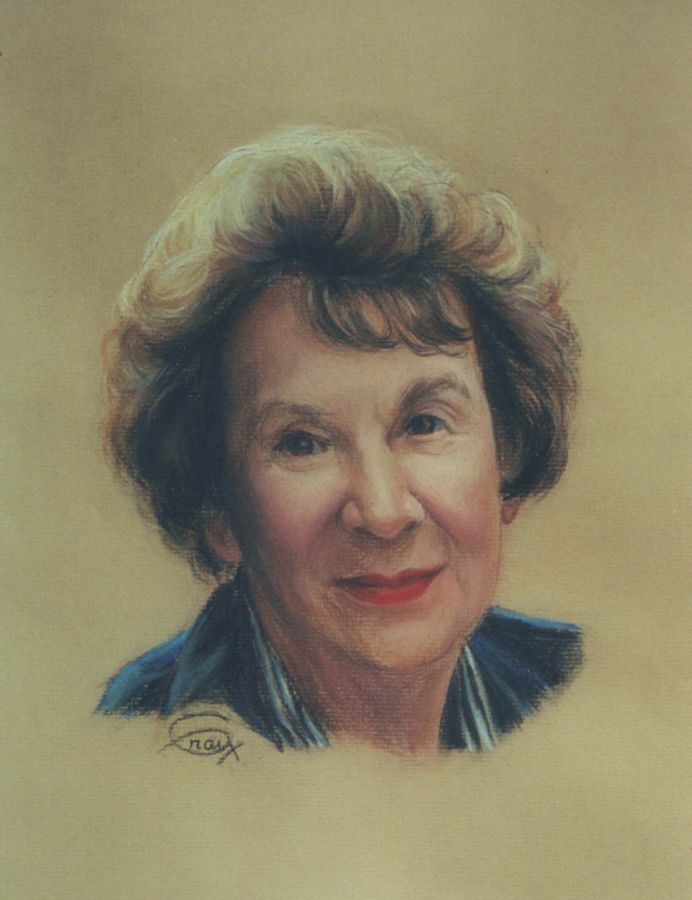 Dr. Irvine received her PhD from Northwestern University in Illinois, her MA from Columbia University in NYC and her BA from the College of St. Rose in Albany. She taught in the Speech Communication Department, served on many college committees as chairman, and as chairman of the Graduate Council. As an elected SUNY Senator, she represented the college as a member of the Chancellor's Advisory Council in Albany.

During her career, Dr. Irvine lectured on Intercultural Communication at Yon Sei University in Seoul, South Korea, team taught a course on Celtic Literature and Lore in Monaco, offered by the University of California, and served as a US Delegate to Bi-National Conference on technological communication problems in Manila. She has published several articles in professional journals, presented research papers at national, regional, and state conferences, and has scripted literature for performances, and presented performances of literature and dance.

She was a member of honorary professional societies such as: Zeta Phi Eta, Kappa Delta Pi, Pi Lambda Theta, Delta Kappa Gamma, as well as receiving Emeritus standing for contributions to the Speech Communication Association of America. She was given the Outstanding Educator of America Award in 1971 and the Governor's Award in Albany for Senior Citizen of the year in 2004 and International Educator Award in 2004.

Locally, she has served on the Board and as president of the board of the Friends of the Senate House, served on the Council and as president of the Ulster County Advisory Council for the Office for the Aging, appointed to Governor Pataki's Executive Advisory Council in Albany for the State Office for the Aging Services. She served on an Allocations Committee for the United Way and was a member of the Program Committee of Cornell Cooperative Extension, and, at one time, as a member of the Junior League, she told stories for children on the radio station, WKNY. She has written and performed scripts of local history, "A Tale of Three Lives: Aaron Burr, his daughter Theodosia, and John Vanderlyn", "Court Records 1700 - 1737, Kingston and Ulster County". Also, she has presented performances with Don Wildy of their original script, "John Vanderlyn: His Letters from Paris".

Her biography is listed in Marquis' publications, Who's Who in America, Who's Who of American Women, Who's Who in the World, and in the Dictionary of International Biography.

She is survived by her nephew, Jack Abernethy and his wife Rosie, her nieces, Rose Brelsford and her husband David, Ellen Marshall and her husband Ron, Meg America and her husband Charles Lockmiller, her dear friend, Carl Harris and his family, as well as several grandnieces, grandnephews, and cousins in Kingston and Virginia.

Entrusted to the care of A. Carr & Son Funeral Home, 65 Lucas Ave, Kingston, where family and friends may visit on Friday August 24, 2018 from 4pm to 7pm. A Mass of Christian Burial will be celebrated on Saturday August 25, 2018 at 10am at St. Joseph's RC Church, 242 Wall Street, Kingston, NY 12401. Burial will follow in St. Mary's Cemetery, Kingston. To leave an expression of sympathy, please visit www.CarrFH.com .

To order memorial trees or send flowers to the family in memory of Rose A. Irvine, PhD, please visit our flower store.