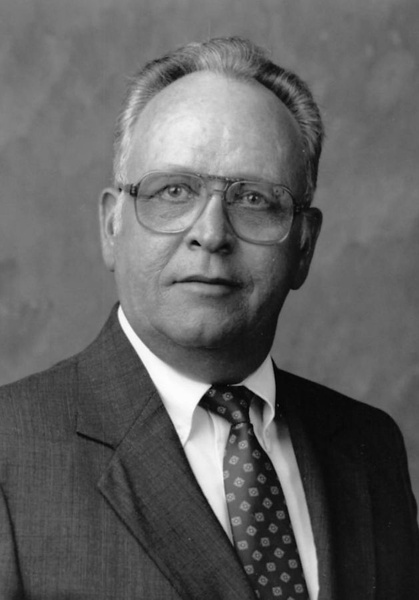 Ronald H. Every, 85, of West Hurley, NY, passed away peacefully at home on Friday evening, September 10, 2021 after a short illness. He was surrounded by his family. Born on September 19,1935 to Howard and Nettie Every, Ron lived his entire life in West Hurley. He was a long-time member of the West Hurley Methodist Church and most recently was a member of the Hurley Reformed Church.

The patriarch of a strong and close-knit family, Ron is survived by his wife, Ann (McAuliffe) who he married on October 9, 1960, daughter Jo Armstrong and her husband Mark, of Woodstock, NY, and daughter Dr. Jennifer Sassano and her husband Lou of Cortlandt Manor, NY. Affectionately known as "Pop", Ron is also survived by grandchildren Emily Curcio and her husband Steve, Michael Turck, Anna Compton, Josi and Elli Sassano, and great- granddaughter Jane Curcio. He played an important part in their daily lives and attended countless games and tournaments, as well as their concerts, talent shows and church events. He was predeceased by his parents and his brother Harold.

He graduated from Kingston High School in 1953, and later attended many banking schools.

Ron voluntarily enlisted to serve his country, and during the Korean War he was an SP/3 stationed in Germany with the United States Army. He was a member of American Legion Post 1026 (Woodstock), Veterans of Foreign Wars Post 9595 (Hurley, formerly Shokan), and Disabled American Veterans (Castle Point 144).

Ron started his banking career with the State of New York National Bank in 1957 and remained in the banking industry his whole life. Even after retiring, he served as a consultant for Rondout Savings Bank.

Service to his community was always an integral part of his life and many lives were touched by his time and efforts. He and his grandfather (Enos Every) were the youngest and oldest charter members of the West Hurley Fire Department, Ron being an Exempt member. He served as Director and an Officer for both the Ulster County Development Corporation and the Ulster County Chamber of Commerce. He was one the founders of the original Ulster Businessmen's Association, serving as President and a member for many years, and also was an Officer of the Kingston Uptown Businessmen's Association. He served as Director of the Ulster County Industrial Council and the NYS Job Training Partnership Administration, and was a member of the Kingston Lions Club, and Rondout Lodge #343 F & AM.

While all of the above organizations were important to him, the YMCA of Kingston and Ulster Counties held a special place in his heart. He served on the Board of Directors and as its President. In recognition of his service, the YMCA awarded him the Distinguished Service Award (which previously had only been awarded four times since its founding in 1866). In 2005, he was named President of the Trustees of the YMCA.

In addition to his devotion to his family, his banking career, and community service, Ron was an avid golfer. He was a member of Woodstock and Wiltwyck Golf Clubs, and served as a Board member at Wiltwyck. Even after he stopped playing, he continued to enjoy the sport through watching tournaments in-person. His love of golf lives on through his grandson.

Words cannot express how much he will be missed, but his legacy of love and service will remain with all of those whose lives he touched.

At the family's request, masks must be worn by all attendees.

The procession will form at the funeral home on Wednesday at 10 am. The service will be at the Hurley Reformed Church, Wednesday at 11 am. Burial with military honors at the Woodstock Cemetery.

In lieu of flowers, donations to the YMCA of Kingston and Ulster County or Hudson Valley Hospice would be appreciated. A tribute for Ronald may be found at www.KeyserFuneralService.com , where you may leave memories and expressions of sympathy for his family.

To order memorial trees or send flowers to the family in memory of Ronald H Every, please visit our flower store.