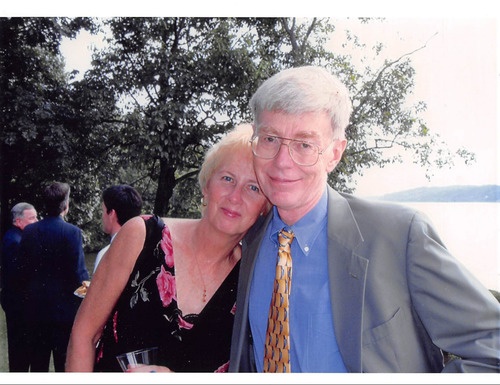 Robert Lee Smith, a true Renaissance man, 77, of Kingston, NY, passed away Saturday, September 2, 2017. He was born April 23, 1940 in Raleigh, NC to the late Walter Lee Smith and Mary McMillan Smith. He was raised in Omaha, NE, until he left for college.

Robert received his Bachelor's Degree in Linguistics from Harvard University and later his Master's Degree in Social Work from Columbia University. He worked as a school Social Worker for the New Paltz Central School District where he touched many lives. He had a second career as a French/German translator in New York City. Robert was a member of Essex Unitarian Universalist Church in Essex, MA, but recently attended the Hurley Reformed Church and meetings at the Rondout House Brudderhoff.

Robert had traveled extensively, including the Pacific North West, Canada, and Alaska. He was fluent in French, German, and Spanish and enjoyed travel to France especially. He was also connected spiritually with nature and enjoyed many outdoor activities such as rock climbing, biking, Nordic skiing, sea kayaking, birding, and photography.

He is survived by his loving family; his wife, Joy O'Connor, daughter, Jessica and son-in-law Kurt Lichtenwald of Gloucester, MA, daughter, Jaclyn Bachor, of Davie FL, and grandchildren, Anya, Deven, Jaclyn, and Logan Lichtenwald, many cousins in North Carolina, as well as many grand animals.

Entrusted to the care of Keyser Funeral & Cremation Service, 326 Albany Ave., Kingston, where family and friends may visit on Thursday, September 7 from 4pm to 7pm. The funeral service will be held at the funeral home on Friday, September 8 at 10am. Burial will follow in Montrepose Cemetery, Kingston.

The family would like to thank Robert's caregiver, Joyce Sisto, the staff of HealthAlliance Hospital Broadway Campus, Emergency and Oncology Departments, and Hudson Valley Hospice.

To order memorial trees or send flowers to the family in memory of Robert Lee Smith, please visit our flower store.