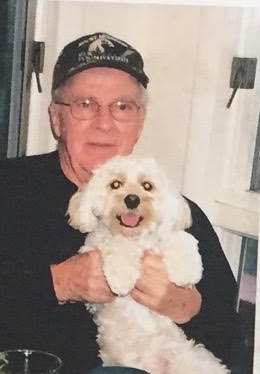 Robert "Bob" Frank Terwilliger, 85, of Kingston, NY passed away in his home unexpectedly on Sunday evening, October 1, 2017.
He is survived by his wife Lillian (Saccoman) of 62 years, son Bob of Frederick, CO, son Wayne of Saratoga, son Greg of Kingston, daughter Sue of Accord and daughter Julie of Saugerties. He also had thirteen grandchildren and five great grandchildren. Bob was a loving husband, father, grandfather and friend to all who knew him.
Bob was born March 1932 in Kingston, the son of the late Earl and Dorothy (Hermance) Terwilliger. He attended Kingston High School and after graduating he began work at IBM Kingston where he had a long and successful career of thirty-nine years. Shortly after joining IBM, Bob took a two-year leave of absence to serve in the United States Army and was stationed in Okinawa, Japan during the time of the Korean War.
Bob had a love for the outdoors which started with hunting with his Dad followed by with his sons. He also loved Cape Cod where he took his family every summer on vacation. Good family times were spent on the Cape which many times included his surviving older brother, Earle Terwilliger and his family. Bob also had a strong connection and love for animals. This started with his childhood love for his horse, Cookie and in more current times his love of dogs including his most current, Ginger. Lastly, Bob loved his family deeply and was always there for them. His grandkids referred to him as "Poppy" and the fun and teasing that went on between them will be forever in their hearts.

Entrusted to the care of the Keyser Funeral Service, 326 Albany Ave Kingston. The family will receive their friends 4:00 to 7:00pm on Friday, October 6th. A Mass of Christian Burial will be celebrated at St. Joseph's RC Church, Kingston on Saturday, October 7th at 10:00 am. Burial, with military honors, in Montrepose Cemetery.

To order memorial trees or send flowers to the family in memory of Robert F. Terwilliger, please visit our flower store.