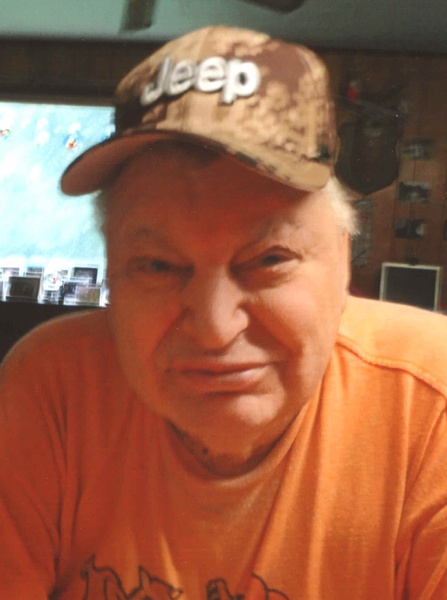 Robert M. “Bob” Chambers died peacefully at home on June 3rd, 2022. Bob was born in Kingston on August 9th, 1939 to the late Bernard and Ethel (Keator) Chambers. He was brought up on a farm in Wilbur. Taught by his Dad, Bob became very good at shooting and brought home much game to be enjoyed by his parents and sister.

Bob served in the U.S. Army, two years active duty and four years reserves. His skill with a gun earned him many awards and medals.

Bob married his wonderful wife Barbara Casey on June 18th, 1972, being 50 years this year. Surviving besides his wife is his son Rory.  Bob was a mechanic for over 30 years. He was employed by Dick’s Automotive, Don Brennan’s 4 Corner Garage and plaza Tire. Bob put together Rory’s first motorcycle when he was 9 years old from spare parts. To the delight of Rory, it even had “5th gear”.

Besides his wife and son, he is survived by his brother-in-law Roland Johnson, his two grandnieces, Courtney and Michaela Beck and his grandnephew, Kyle Beck and their dad, Richard Beck and many cousins. Besides his parents, he was predeceased by his sister Linda K. Johnson, his in-laws, Dermuid and Frances Casey, his brother-in-law and sister-in-law, Richard and Rosemarie Casey and his niece, Karen Beck.

Barbara and Rory want to thank the entire staff of Kingston Dialysis for their wonderful care and friendship for eight and a half years.

Arrangements entrusted to Keyser Funeral & Cremation Service, 326 Albany Avenue, Kingston, NY 12401, where family and friends may visit on Sunday June 5, 2022 from 1pm to 4pm. The funeral service will be held at 11am at the funeral home on Monday June 6, 2022. Burial will follow in Fairview Cemetery, Stone Ridge, NY. A tribute for Robert can be found at www.KeyserFuneralService.com, where you may leave memories and expressions of sympathy for his family.

To order memorial trees or send flowers to the family in memory of Robert M. Chambers, please visit our flower store.