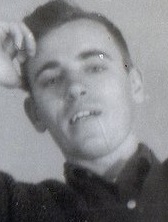 Kingston - Robert A. Brown died Sunday, June 2, 2017 at the age of 78 at Golden Hill Health Care Center following a long battle with Alzheimer's. He was born, the 6th. of 7 children, in Rittman, Ohio on April 27, 1939 to the late Roy and Ivy Mark Brown. Following his graduation for Cobleskill High School in 1957, he enlisted in the Air Force until 1964. Following his Air Force career, he received his Bachelor of Arts from SUNY Fredonia in 1971, and his Masters of Library Science from SUNY Albany in 1972. He worked as a tax auditor for the IRS for over 20 years, and later retired as a Right of Way agent from the Dept. of Transportation. He was an avid reader of sci-fi, enjoyed tinkering with electronics, socializing with his friends and loved a good Guinness. He is survived by two children, Rob Brown (Christine) of Clifton Park, Alexandra Brown (Dana Soechting of Kingston, and his brother, Leo Brown of Stuyvesant Falls. He had 6 grandchildren and many nieces and nephews. Cremation was private and a celebration of his life will be hosted this Fall. Memorial contributions may be directed to the Alzheimer's Assoc. 2 Jefferson Plaza, Poughkeepsie, NY 12601. To leave a message of condolence, please visit www.Keyserfuneralservice.com

To order memorial trees or send flowers to the family in memory of Robert A. Brown, please visit our flower store.