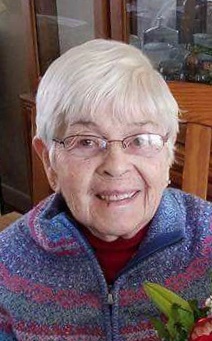 Rita Nardi Kissel, passed peacefully at her daughter's home on July 14, 2019 at the age of 90. Rita was born in Ithaca, New York on January 14, 1929 the daughter of Annita Lavinia DePetris and Michele Nardi both of whom were born in the small Italian hill town of Carpineto Romano Italy. Rita was the youngest of eight children. Rita graduated from Ithaca High School and then went to work in the Alumni Office at Cornell University. Soon thereafter Rita met a handsome, young Marine veteran who was attending Ithaca College, fell in love and soon thereafter they were happily married for 60 years.

Rita in her youth was a talented violinist and seamstress having made all her own clothing, drapery and bedspreads. Rita was a stay at home mother until her son started college. She then went to work at EG&G Rotron and retired after 30 years.

Rita is survived by her daughter Anita Norman, grandchildren, Gary Adam Norman and Brooke Adria Knouse (Christian), John Kissel (Heidi), Sarina Kinder (Jeffrey), Brian Kissel (Vanessa). She is also survived by her great grandchildren, Jackson and Katie Kissel, Kellen and Camryn Kinder and Gabriella Knouse. She was predeceased by her husband of 60 years Wesley A. Kissel, Sr., her son Wesley A. Kissel, Jr. and her beloved great grandson, Ryan Adam Norman as well as her six siblings. Rita is survived by her sister Rose George of Silver Springs, Maryland and many nieces and nephews. Rita's family would like to give special thanks to her devoted caregivers Jean Decker and Florence Fusco.

Funeral arrangements are under the guidance of Keyser Funeral & Cremation Service, 326 Albany Ave., Kingston, N.Y. Friends will be received at the funeral home on Thursday, from 4 to 7 p.m. A funeral service will be held on Friday at 10:00 a.m. Burial will follow at the Hurley Cemetery. Donations can be made to the SIDS (Sudden Infant Death Syndrome) or the American Heart Association. To leave an expression of sympathy, please visit www.KeyserFuneralService.com .

To order memorial trees or send flowers to the family in memory of Rita Nardi Kissel, please visit our flower store.