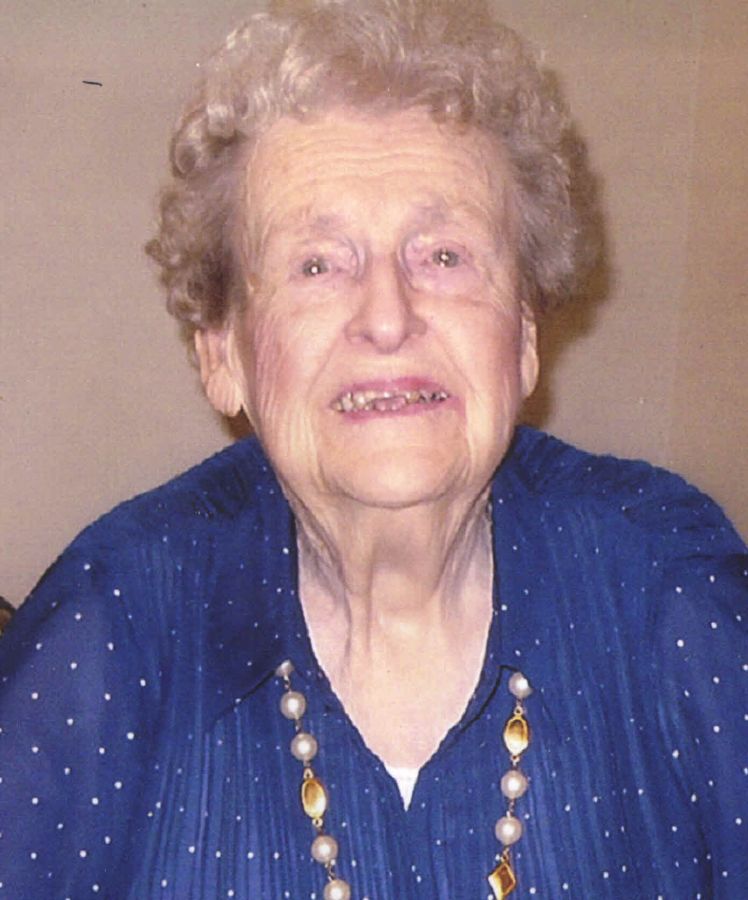 Rhoda K. Phillips, 96, of Decker St. Kingston died peacefully on Wednesday, February 7 at Ten Broeck Commons, Lake Katrine. Rhoda was born in New York City on August 14, 1921 and adopted at 3 months by Josephine and George Neher of Woodstock. She was twice widowed, married first to William Klippel in 1941 and then to Carl Phillips in 1955.

Rhoda was interested in music starting at a very young age playing the violin and the piano in the Kingston High School orchestra. She attended Ithaca College with a major in music until her marriage to William Klippel. Rhoda was an active member of the Woodstock Reformed Church and then when moving to Kingston in 1968 became a very active member of the Fair Street Reformed Church. She worked for many years at Ulster County Children Services.

In pursuing her musical interests, she was a member of the Mid Hudson Women's Chorus, the Kingston Community Singers, Sheila's Singers, Fair Street Reformed church choir and also the Ten Broeck Commons Choir. Rhoda was a member of the Eastern Star for over 60 years and a past Worthy Matron. She was also a member and past president of the Woodstock American Legion Auxillary.

Funeral arrangements are under the guidance of the Keyser Funeral & Cremation Service, 326 Albany Ave., Kingston. Friends will be received at the funeral home on Sunday, February 11 between 4 and 7PM. A funeral service will be held at the funeral home on Monday, February 12 at 12PM. The Rev. Jennifer Bendelius (her granddaughter) will be presiding and she will be assisted by Rev. Kendra VanHouten and Rev. James Alley. Interment will be in the spring at Hudler Cemetery, Mt. Tremper, NY.

The family suggests in lieu of flowers, memorial contributions be made to Ten Broeck Commons Activities Program, One Commons Drive, Lake Katrine, NY 12499 or the Fair Street Reformed Church, Fair Street, Kingston, NY. The family would like to extend their appreciation and heartfelt thanks for the care and compassion that the entire staff at Ten Broeck Commons gave to her. To leave an expression of sympathy, please visit www.KeyserFuneralService.com .

To order memorial trees or send flowers to the family in memory of Rhoda K. Phillips, please visit our flower store.