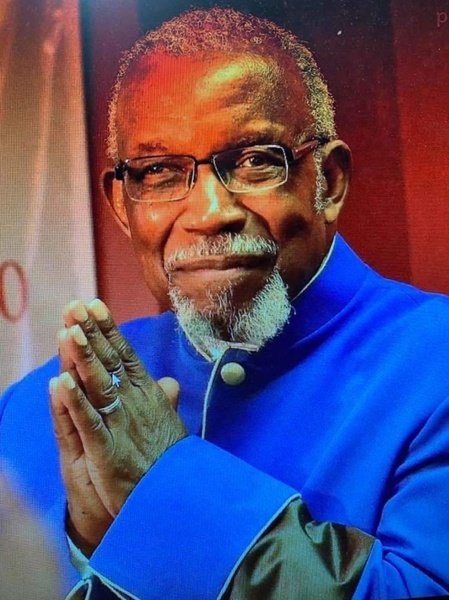 Family and friends may visit on Friday January 15, 2021 from 2pm to 6pm. If you would like to attend calling hours at the funeral home, please reserve your space here: https://app.planhero.com/gatherings/7714-rev-arthur-l-coston-sr-calling-hours

Reverend Dr. A. L. Coston Sr., 86, of Kingston, NY went home to be with the Lord on Thursday, January 7, 2021 at home. He, a native of Sampson County, North Carolina and the eldest of 7 children, was born on August 13, 1934 to the late Clyde L. and Rosie L. Coston and the oldest brother to his six siblings: Marie Sutton, Betty Herring (deceased), Rosie Anna Henry, Mary Ann Holloway, Ada Jane Bell (deceased), Clyde Edward Coston, as well as his adoptive siblings Romanda Coston, Robert Coston and Mona Coston (deceased).

He is a product of the Sampson County Local School District, North Carolina where he graduated from the Garland Colored High School in 1952. He grew up as a member of the St. Stephen AME Zion Church of Garland, North Carolina. Realizing the most important single thing that he could do in his life was to accept and establish a personal relationship with his Lord and Savior Jesus Christ, he was baptized in the Coharie River, Ingold, North Carolina at the age of thirteen.

Upon completing his studies at the Garland High School, as a young man he relocated to Harlem, NY and afterward Staten Island, NY where he, a conscientious family man, worked during the day and attended classes in the evening. In the early 1970's, he received his first class Federal Communications Commission (FCC) license as a Radio Engineer and Announcer. He attended the Staten Island Community College where he received an Associate's Degree in Applied Science. He continued his studies at Richmond College on Staten Island and received a Bachelor's degree in Economics. He was also employed in a wide variety of diverse positions for thirty-one years, three months and twenty-five days and retired from the New York State Department of Motor Vehicles on September 30, 1999 as the Supervisor of the Mid-Hudson New York Six County Road Testing and Investigation District.

When he relocated to the Hudson Valley, Reverend Dr. A. L. Coston Sr. and his family became members of the Ebenezer Baptist Church in Newburgh, NY where God profoundly manifested in the flesh what had been revealed in the spirit, the call to ministry. Still determined to continue his education, he attended the Newburgh Bible Institute between 2000 and 2010 and the Community Bible Institute in Poughkeepsie, NY where he graduated in three years with a four-year Bachelor of Theology Degree. He also attended the New York Seminary School and made the decision to stay and teach Master's I and II at the Newburgh Bible for several years.

In 1987, Rev. Dr. A. L. Coston Sr. (an Associate Minister at the time) and Rev. Grace Coston became members of the New Central Baptist Church in Kingston, NY where the Rev. J. W. Kitchen was the pastor and chose him to be his personal assistant to help with the routine affairs of the church. On Sunday, November 15, 1987, Pastor Kitchen and the New Central Baptist Church Family ordained Minister A. L. Coston Sr, who was blessed with the opportunity to preach his own ordination sermon, into the Gospel Ministry. As Pastor Kitchen went home to be with the Lord on December 6, 1987, God showed Reverend Dr. A. L. Coston Sr. and New Central favor by directing their paths to cross as he was asked to become their pastor. On January 28, 1988, the congregation voted to have Rev. Dr. A. L. Coston, Sr. to become their Pastor where he served for 32 years, was loved by many and referred to as "The Great One".

In addition to his work at New Central and the Central Hudson Baptist Association, he also served on the Board of Directors of the Ulster Literacy Association, a trustee of the Kingston Library System and member of the Board of the Kingston Consolidated School District. He also served his community in many capacities on Staten Island, Ulster County and in Kingston such as a Scoutmaster for the Boy Scouts and a School Board advisor just to name a few.

Rev. Dr. A. L. Coston Sr. also loved to fellowship with other churches as well as attend his weekly Monday Night Fellowship in Kingston, NY especially if fish and rice were on the menu. He also enjoyed family summer vacations to North Carolina and annual family dinners at his home in Kingston, NY.

This mighty man of God, a loving husband, father, grandfather, great grandfather, uncle and brother; a trusted confidante, colleague and friend; an anointed leader, pastor, preacher and teacher; a humble man after God's own heart who was meek as a lamb yet with a roaring voice like the Lion of Judah; an admirable role model to emulate in this day and age, who will forever be affectionately remembered as "the Great One" who touched so many lives, will truly be missed.

Arrangements are entrusted to Keyser Funeral & Cremation Service, 326 Albany Ave., Kingston, NY 12401, where family and friends may visit on Friday January 15, 2021 from 2pm to 6pm. If you would like to attend calling hours at the funeral home, please reserve your space here: https://app.planhero.com/gatherings/7714-rev-arthur-l-coston-sr-calling-hours An additional hour of visitation will be held on Saturday January 16, 2021 at the New Central Baptist Church, 229 E Strand St., Kingston, NY 12401 from 10am to 11am prior to the funeral service, which will begin at 11am. The service will be live streamed on YouTube with details to follow.

Burial in Cedar Hill Cemetery, Newburgh, will be held privately.

A tribute for Rev. Dr. A. L. Coston, Sr. can be found at www.KeyserFuneralService.com , where you may leave memories and expressions of sympathy for his family.