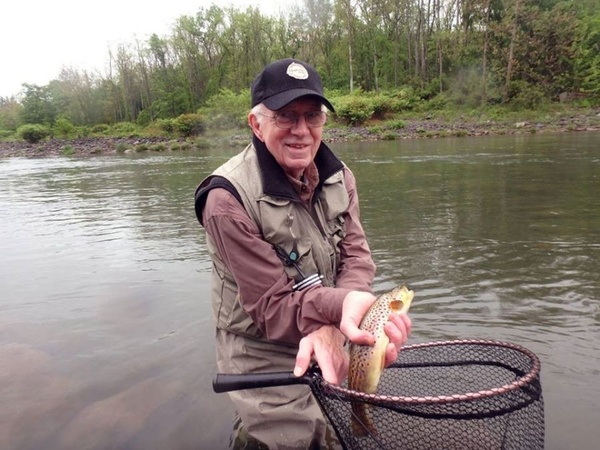 Due to the pending winter storm, Mr. Budziak's Celebration of Life will be postponed until Saturday, January 26, 2019, from 2pm to 5pm.

Renno Budziak passed away suddenly and unexpectedly on January 4, 2019 at the age of 74. Renno immigrated to this country with his parents and two older brothers in 1951 and settled and grew up in Newburgh, N.Y. Like his brothers, he pursued an engineering career and received a Bachelor of Science degree in Mechanical Engineering from TRIN University in Indiana where he was also a member of Phi Kappa Theta Fraternity. He worked on an MBA degree with a concentration on New Product Venture Management at Syracuse University. He was hired as a new product design engineer by Ingersoll-Rand in Athens Pa. and as a result of a productive and successful design career, he became Manager of Engineering and was responsible for all engineering related aspects and functions. He was issued a number of U.S. and international patents associated with his new product designs. In 1985, after a seventeen year career with Ingersoll-Rand, he was recruited by Huck International in Kingston, NY where he became Vice President and Director of Engineering and Quality Control.

Beyond his career in engineering and design, Renno was involved with a number of community related activities both in Athens, PA as well as in Kingston and the Town of Ulster, NY. He was a member of the Junior Chamber of Commerce as well as the Valley Ski Club where he met his wife and together they organized the first Joint Jc/JnC Project producing an annual Antique Show.In Kingston he served as a longtime board director of the Kingston Land Trust where he used his expertise to further efforts to protect and preserve land and promote appropriate and sustainable land use. Renno also served on the Greenline Committee formed by Kingston Land Trust helping to establish a rail trail network in Kingston with connectivity to surrounding areas. Renno was a founding member and former Co-President of the Rondout Rowing Club with whom he remained active. He previously served as a board member of the Sayre-Athens, PA. Joint Sewer Authority and as Board Chair of Junior Achievement, which had an operational business simulation program for high school students. Renno also previously served as a member and Chairperson of the Town of Ulster Planning Board as well as on the Town of Ulster Comprehensive Plan Implementation Committee, as a member of the Ulster County Planning Board and its Executive Committee and as a task force member for the Walkill Valley Rail Trail.

Renno is survived by his wife, Nora, his daughter Brandi and her partner Kyle, his brother Benon and his wife Jean and their children Patricia, Teresa and Robert, his nephew Thomas and his wife Kim, and his nephews and nieces, Joseph, Krystin, Alexander, Emma and Elize. Renno's brother Zenon predeceased him.

A celebration of Renno's life will be held on Saturday January 26, 2019 from 2pm to 5pm at Keyser Funeral Service located at 326 Albany Ave. Kingston, New York. In lieu of flowers, donations can be made to the Kingston Land Trust and be dedicated to open space and habitat preservation in the Town of Ulster. Donations can electronically here https://donorbox.org/donate-to-the-kingston-land-trust or mailed to Kingston Land Trust, PO Box 2701, Kingston NY 12402.

To order memorial trees or send flowers to the family in memory of Renno W Budziak, please visit our flower store.