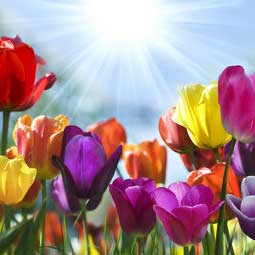 An incredible wife, sister, aunt and friend passed suddenly and unexpectedly March 29, 2019. Born September 28,1945 to Ruth and King Bilton, Paula lived a life from that day to this -loving, enjoying, supporting and beautifully accepting all with whom she built a connection. Her first relationships, those with her siblings, Pat, Bill, Albert and Buddy, were as special to her in her 73rd year as in her first. And as those brothers and sisters grew to start families of their own, Paula was as important a member in each of those families as she had been to the boisterous Biltons of "Southie" Auntie Paula was adored - and deservedly so. Not only did she offer a smile when needed, an adventure when unexpected, an awesome meal when hungry and a plethora of slideshows to celebrate each and every occasion, she provided the strength of an army when tough times and tragedies came calling.

Friendships were also like gold to Paula who still called her kindergarten friend, Elizabeth weekly and cherished the high school girls get-together annually. To be called friend by Paula meant that you could forever count on her love and support under any circumstances. And, of course, no relationship meant more to Paula than that of her 43 year commitment to her wife and best friend, Terry. Together they built memories and gently, but assuredly, touched the lives of every person they encountered.

Paula lived a life of service as a nurse practitioner and educator in Brooklyn, Queens and Long Island, NY. Her commitment to her work included not only a knowledge base that she nurtured every day of her life, but a sensitivity, a kindness and an honesty she so uniquely shared with patients, their families and her colleagues. Her life of service continued into retirement often volunteering for the Avila community, a community of the Carmelite sisters, a group she deeply cared about for most of her life. Paula never said, NO, to any request for help and that was never more evident than through her work to help her friends of the Carmelite Connection.

Not saying NO, though, was only the half of it, because a YES meant she would go way above and beyond on any initial request for help. She also had an amazing way of holding her head about her while others around her lost theirs. She could acknowledge the mistake or disaster in front of her, but then could quickly begin to carve a plan for recovery. "She was the glue that held us together," said Terry, with a temperament that always saw the silver lining. She was the organizer, the taker care of all the details, and the voice of honesty and reason. She was the pied piper for the family's children. She simply brought out the good in all who had the privilege to know her. "I can't recall one person who didn't like Paula," said Terry, and that alone is the unimaginable legacy she leaves behind.

If a donation in her name is your wish, please consider - The Carmelite Sisters of the Aged and Infirm, 600 Woods Rd. germantown, NY 12526 or online @ carmelitesisters.worldsecuresystems.com

To order memorial trees or send flowers to the family in memory of Paula Mary Bilton, please visit our flower store.