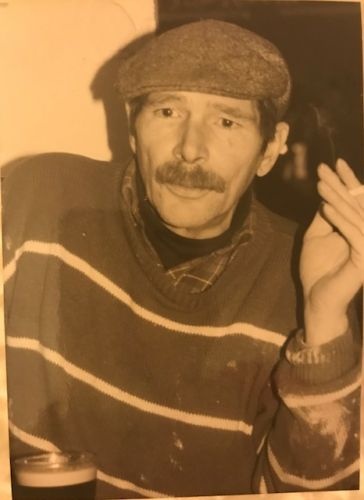 Local Woodstock artist and longtime resident, William "Paul" Naylor passed away on October 7, 2017 after a brief illness. Paul was born in Kansas City, Missouri on March 30, 1941. He received his Bachelor of Fine Arts degree from Kansas University in 1965 and was the recipient of the annual Ada Bechtel Heuser award. He also studied at the University of Colorado Graduate School in Boulder, Co. where he received a graduate of fine arts degree. He moved to Woodstock in 1973 after falling in love with the Catskill Mountains and the artist community here. He held several teaching positions in drawing and painting in Colorado, Massachusetts and New York including the Woodstock School of Art. Some of his teaching career focused on children who were emotionally disturbed, dyslexic, and teenage boys who were wards of the state. Many Woodstock residents will remember the many years he was a bartender at the Woodstock Pub.

Paul is preceded in death by his father, Alva W. Naylor, his mother Katherine M. Naylor, and his brother Ray C. Naylor. He is survived by two sisters Karen S. Armstrong of Des Moines, Iowa, Alice L. Pearce (Don) of Houston, Texas, a brother Robert G. Naylor (Vicki) of Overland Park, Kansas, and many nieces and nephews. Interment will be in the Woodstock Artist Cemetery, at a date to be announced. Condolences and memories can be sent to Keyser Funeral & Cremation Service, 326 Albany Ave., Kingston, New York 12401, to be forwarded to the family.

To order memorial trees or send flowers to the family in memory of Paul Naylor, please visit our flower store.