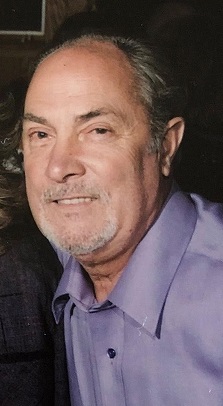 Paul was a graduate of Kingston High School, class of 1965 and a graduate of Ulster County Community College. He was veteran of the US Army and had served in Vietnam. He had also served in the Army National Guard, 10th Mountain Division.

Paul had worked for IBM in Kingston and Poughkeepsie and then the New York State Department of Transportation.

He was an avid bowler, for over 40 years he bowled in the Frontier Bowling League. He enjoyed golf, camping, was a classic car fan and a lifelong Mets and Jets fan.
He was born on February 27, 1946 in Glendale, California and was the son of the late George and Pearl Emberson Richers.

Paul was the husband of Sandra "Sandy" Boice Richers, they wed on May 15th, 1971. In addition to his wife he is survived by his children Robyn L. Rolph and her husband Marshall, Jason P Richers and his fiancé Lisa Anderson and Ryan W. Richers and his wife Stephanie. His grandchildren Alannah and Ava Rolph, Alexandra and Charlie Rose Richers. A sister Mildred Wakeley and her husband Bill, a brother Charles Richers, a nephew Edward "Skippy" Wakeley and a grandniece Nicole.

Arrangements entrusted to A. Carr & Son Funeral Home, 65 Lucas Ave, Kingston. The family will receive their friends on Thursday, September 12, 2019 from 4:00 PM to 7:00 PM. For those who wish, contributions in Paul's memory may be made to a veteran's organization of your choice. A tribute for Paul may be found at www.CarrFH.com , where you may leave memories and expressions of sympathy for his family.

To order memorial trees or send flowers to the family in memory of Paul "Chink" Richers, please visit our flower store.