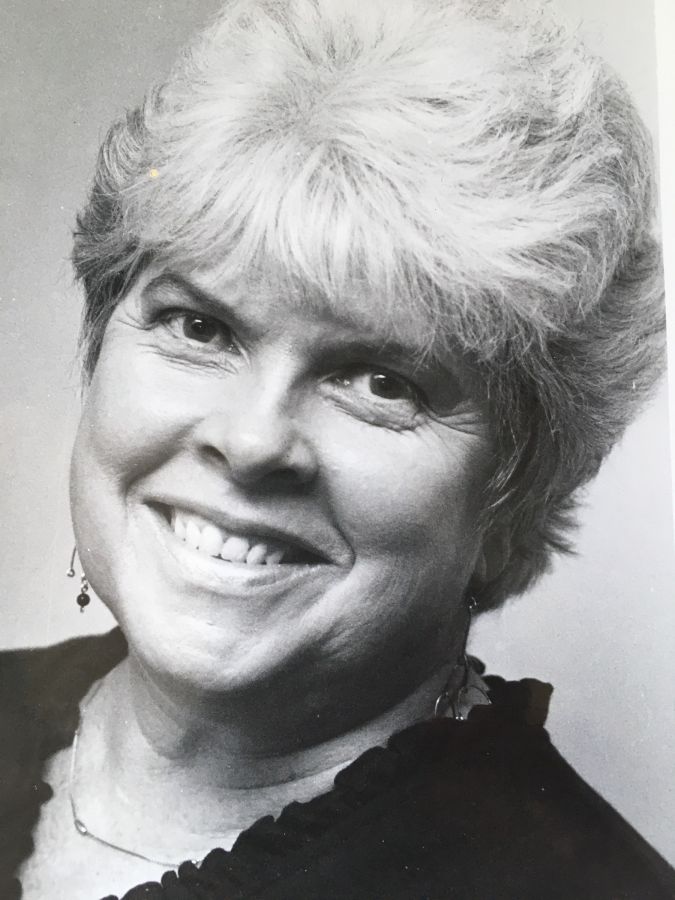 Pat Rust, beloved mother, "badass nana," great-grandmother, teacher, contra-dance caller, and overall caregiver to anyone she knew, passed from this earthly existence August 10th at the age of 89.

Patricia was born in New York City to Irish working-class parents and moved upstate after meeting her husband, Howard Rust while vacationing with friends in the Catskills. For a brief time, she and her husband worked at and lived in "The Coach House" in Rhinebeck, owned for several decades by Howard's mother, "Swiss Trudy." Deciding that the restaurant life was not for them, they both pursued teaching careers in the Kingston School district where they were both active in the Teacher's Union. One of her earliest union victories earned female teachers the right to wear pantsuits to school. You're welcome ladies.

Pat spent her teaching career at JFK Elementary school in Kingston, first as a Kindergarten teacher and later, when the tiny chairs proved to be a challenge, (even in a pantsuit), she "graduated" to the fourth grade. Pat found a second career as one of the premier and most sought-after callers of English contra-dances in the New England area and was a founding member of "The Flurry" dance festival, which now draws thousands to Saratoga each year. She was honored at that festival with a standing ovation in 2020 during her last trip out of the nursing home.

Though her marriage to Howard ended after 23 years, Pat treasured what came from that union, mostly her three children, Mark, Steve, and Alison, her mother-in-law, "Swiss Trudy" whom she adored, and her dear sister-in-law, Gertrude "Pinky" Koser who became a primary care-giver toward the end and to whom the family is forever grateful. One must only glance at the outpouring of love expressed on social media to understand the depth of love and adoration for Pat by all who knew her, but perhaps her granddaughter Molly Lugo summed it up best with these words. "She was the epitome of kindness, strength, and resilience. Admired and loved by all; family, friends, so many once-students and honestly anyone she came across. It didn't matter who you were, she would make sure to learn your name, spark conversation, and listen with a compassionate ear."

Her well-loved family happily shared her light with thousands of dancers, and hundreds of former students. One former student encompassed the life and legacy of Patricia Rust with her very last line in this comment: "Mrs. Rust was my 4th grade teacher at JFK. I'm not exaggerating when I say she truly was one of the most caring, kind, generous souls I have met. She taught me academics, yes... But she taught me that there is beauty in the struggle. She hugged me when I needed it, she held my hand, and she always made me feel better with her smile. She is one of the reasons I became a teacher."

Patricia is survived by her three children, Mark Rust and wife Terry of New Paltz, NY, Steve Rust of Woodstock, NY, and Alison Hamling and husband Robert of Greeley, CO. She cherished her seven grandchildren Michael, Emily, Kristin, Molly, Sophie, Noah and Christina, a nephew, Patrick Bowler, and her eight great-grandchildren, who will always and forever be guided to pick up their toys with the words "Does this live here?"

Comments can be made at the Keyser Funeral Home site. A celebration of life is in the planning.

To order memorial trees or send flowers to the family in memory of Patricia C. Rust, please visit our flower store.