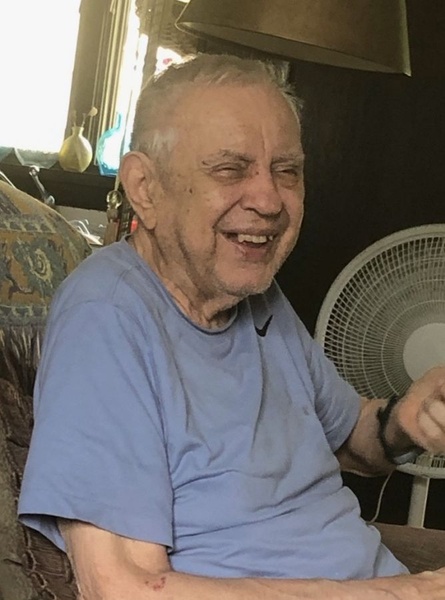 He was born on May 20, 1933 in Nashua, New Hampshire and was son of the late James and Madeline Hondrocostas. Nick was a graduate of Leonia High School, Leonia, New Jersey. He served in the US Army during the Korean War era. After his Honorable discharge from the Army, he attended the University of New Hampshire and University of Wisconsin earning his Bachelors degree.

He taught Social Studies at Leonia High School and Hackensack High School in New Jersey, he moved to this area and taught at Rondout Valley High School, and then was a teacher at Kingston High School for 32 years until his retirement.

In 1985 he received the Wiltwyck Chapter of the Daughters of the American Revolution award as Outstanding Teacher of American History. He ran unsuccessfully for the Ulster County Legislature. During the 1980's he served as the Town of Ulster Democratic Party Chairperson. He was a voluminous reader and was proud to be a member of the American Civil Liberties Union. In 1989 he received the prestigious Woodrow Wilson Scholarship, which is held at Princeton University.

He was an avid sports fan and loved the "Badgers", the University of Wisconsin football team and he was also a great fan of the Boston Red Sox's and the great Ted Williams.

In 1954 he married the love of his life, Joan Dippel Harris, he is also survived by his children Lynne Harris, Laurie (Barry) Knapp, James Harris, all of Kingston. He was predeceased by a sister Dee Hondrocostas.

A tribute for Nicholas may be found at www.KeyserFuneralService.com , where you may leave memories and expressions of sympathy for his family.

To order memorial trees or send flowers to the family in memory of Nicholas "Nick" Harris, please visit our flower store.