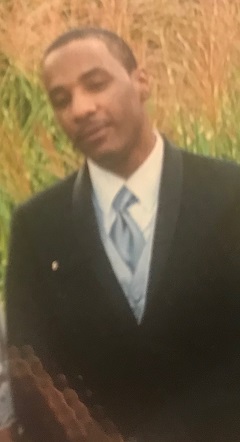 He was born on September 6, 1983 and leaves behind his loving parents, Myron Moye, Sr. and McShell and Carlton Clarke. He was the beloved husband of Krista Lee Moye, adoring father of Trenton Anthony and Levi Matthew Moye.

He was a graduate of Kingston High and had attended SUNY Ulster. From an early age had a love and passion for music and singing. In 2004 he started his own independent music company, GTC Records. He was a prolific writer of music. Over the years, Myron's music was played on numerous radio stations including his weekly spot on Sirius XM Shade 45. He was an incredibly talented artist who worked with many well-known song writers and DJ's within the music industry. Along with his passion for music, Myron was very caring and thoughtful with a huge heart for everyone around him.

He was predeceased by his grandparents Lessie Moye, Endia Spencer Harding and great grandmother, Gladys James, whom Myron was very fond of.

The Going Home Service will be at the Pointe of Praise Church on Hurley Ave on Saturday at 11am. Visitation will be from 10 - 11 am. Burial will take place at Montrepose Cemetery.

A tribute for Myron may be found at www.KeyserFuneralService.com , where you may leave memories and expressions of sympathy for his family.

To order memorial trees or send flowers to the family in memory of Myron T. Moye, Jr., please visit our flower store.