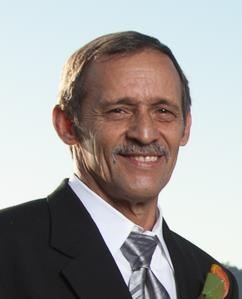 Miguel Angel Santiago, 73, passed away on Aug. 3 at his home in Kingston, New York. He was born on Sept. 8, 1948 in Jayuya, Puerto Rico, and was the son of the late Carlos Santiago and Clara Monserrate  Quiñones. Miguel said he was born under a mango tree that grew from the mountains of central Puerto Rico, but his family could never tell whether he was joking or telling the truth.

Miguel moved to New York during grade school and spent much of his life in the Rondout Valley, including Ellenville and Kerhonkson, where he raised his family. He is survived by his wife of 43 years, Brenda Papesca-Santiago, along with four children, Stephanie Santiago; Michael Santiago and his partner, Tammy Craig; Jennifer Santiago Bosch and her husband, Adam Bosch; and Matthew Santiago and his wife, Dorothy Santiago. He is also survived by several siblings, nieces and nephews.

Miguel maintained a youthful energy into his golden years thanks to the loving demands of his grandchildren, who insisted that he dance with them, throw footballs and baseballs during every holiday, wrestle on the living room floor, take them fishing, and more. Lovingly known as Grandpa Mike and Pop-pop, he is survived by five grandchildren: Julia, Michael, Max, Tristan and Molly Ann.

Miguel served in the U.S. Marine Corps during the Vietnam War. He was stationed in Vietnam for more than 9 months during the conflict. During his training and service, Miguel earned the Purple Heart for wounds suffered in combat, the National Defense Service Medal, the Vietnam Service Medal, a Meritorious Unit Citation, the Republic of Vietnam Gallantry Cross, and a sharpshooter proficiency badge.

Miguel worked for more than 20 years as a union carpenter for the North Atlantic States Regional Council of Carpenters. He worked on highway, utility and commercial projects throughout the Hudson Valley. Because he was handy, Miguel’s family depended on him to cut down trees, build porches, repair walls, and maintain their cars.

When he was not working, Miguel enjoyed many aspects of the outdoors. He participated in every portion of hunting season and would often hike long distances along the Shawangunk Ridge to reach his favorite spot for white-tail deer and turkey. He also enjoyed fishing in ponds, lakes and reservoirs near his home. Miguel cultivated a fruit-and-vegetable garden every year, and he would find creative ways to eliminate any critters that threatened to destroy his lettuce, tomatoes or squash. He also enjoyed simple, old-school pleasures. Miguel could not drive in his truck or work around the house without singing the “oldies but goodies.” He knew every song – and sang them all, no matter who was listening. He enjoyed the black-and-white Westerns on television, including Gunsmoke and Wagon Train. Miguel also enjoyed a little mischief. He amused his family with stories about driving muscle cars too fast through the Rondout Valley when he was young and the rules allegedly did not exist. He would often slip down to the corner store to buy scratch-off lottery tickets and, while there, sneak Slim Jims and gummy bears to his children or grandchildren. His family would sometimes find him hiding in his truck to eat apple turnovers, bagel sandwiches, or to “slam a couple Big Macs.”

Miguel will be remembered during an informal service on Thursday, Aug. 11. Those wishing to join the family should arrive at 5 p.m., at the Keyser Funeral Home, 326 Albany Ave., in Kingston. A tribute for Miguel can be found at www.KeyserFuneralService.com, where friends may leave memories and expressions of sympathy for his family. In lieu of flowers, the family encourages donations in Miguel’s name to the Tunnel to Towers Foundation, which provides housing and other services for veterans and their families. Donate at www.T2T.org.

To order memorial trees or send flowers to the family in memory of Miguel Angel Santiago, please visit our flower store.