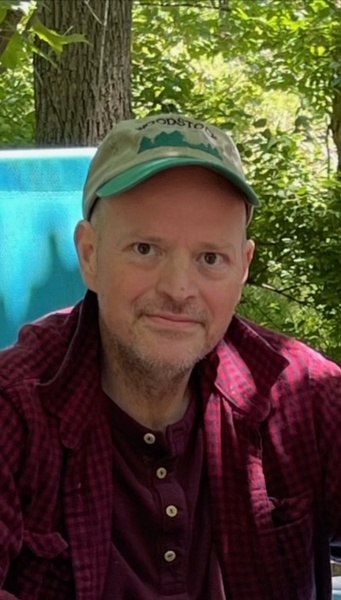 Michael Anthony Holt, 51, of Woodstock, NY passed away on July 29th, 2022 with his loving wife by his side. During his final days, he was surrounded by devoted family, friends and sweet music. Regardless of recently being diagnosed with cancer, Michael continued to live a balanced life. He supported his family and friends, while still making many new memories in his final days and working with a steadfast will for life.

Michael Anthony Holt was born to the late Jerry Lee Holt and Carolyn Jehner in Elmira, MI on February 25th, 1971. He graduated from Lansing Everett Highschool in 1989, attended the United States Coast Guard Academy in New London, CT and went on to graduate from Michigan State University in 1993 with a dual degree in Math and Computer Science.

Michael married Rachel Darby Holt on January 15th, 2010 in Manhattan, a year to the day they met. Together they adopted two beautiful sons, Jacob Michael, and Sterlyn Anthony. Until the day he died, Michael was the V.P. of Data at Advanced Contextual, based out of California. He was a proud Legionnaire at the American Legion Post 1026, Treasurer of the local food kitchen, The Table and an active member of the Woodstock community.

Michael Anthony was preceded in death by his father Jerry, step-father Chalmer Jehner and his son Jake Gustafson. He is survived by his wife Rachel, his children, Lindsey Gustafson, Jacob Michael and Sterlyn Anthony Holt, his mother Carolyn, mother and father-in-law Lynne and Steve Carlin, brothers John Allen and Jerry Mark, as well as extended family and dear friends.

A Celebration of Life will be held at the Woodstock Cemetery on Rock City Rd. in Woodstock, NY this Saturday, August 6th at 11am. Reception to follow. A tribute for Michael may be found at www.KeyserFuneralService.com, where you may leave memories and expressions of compassion for his family. For those who wish, contributions in Michael’s memory may be made to The Table at Woodstock https://www.thetableatwoodstock.org/ .

To order memorial trees or send flowers to the family in memory of Michael Anthony Holt, please visit our flower store.