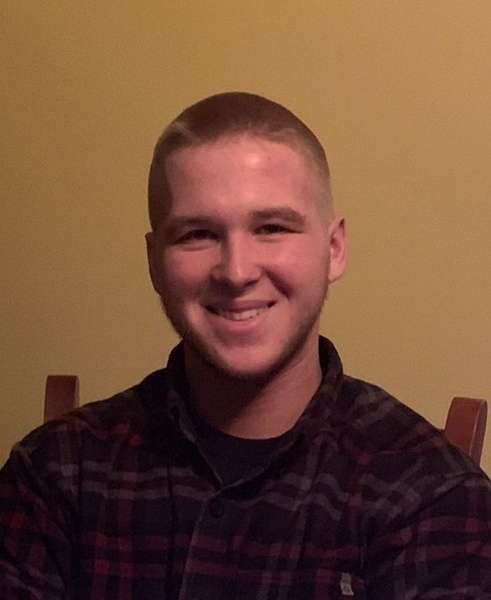 Michael Funk, 19, passed away unexpectedly on March 16th, 2019. He was born on August 8, 1999, in Poughkeepsie, NY, to Larry Funk, Jr. of Hyde Park NY, and Juanita Hotchkiss of Saugerties, NY. In addition to his parents Michael is survived by his loving and dedicated sisters, Ava and Emily, his grandparents, Cynthia Canaday and Larry Funk, Sr., as well as numerous aunts, uncles, cousins, and friends. While living in Saugerties, Michael was a graduate of Kingston High School, Class of 2017.

Michael had the most captivating and brightest smile and was clearly a kind, gentle soul who deeply cared about, his family, friends, animals, older folks and people in need of a helping hand. He was the most patient listener and the most caring friend. As a young boy, Michael loved building forts, tree houses and playing in the woods. During the summer months it was practically impossible to get Michael off his bike and out of the backyard.

Michael was an avid lover of sports and during his young life had played football but later found a love for Hockey and playing the Drums. Despite his active life, Michael always found the time to enjoy ice skating with his little sister. He also enjoyed drinking Coca-Cola, and all things outdoors. Michael will be greatly missed by everyone that knew him. He was the kind of young man that anyone would be proud to call son, grandson, brother, and dear friend.

Arrangements entrusted to the care of Keyser Funeral & Cremation Service, 326 Albany Ave., Kingston, NY 12401, where family and friends may visit on Monday March 25, 2019 from 4pm to 7pm with the memorial service taking place at 7pm. A tribute for Michael can be found at www.KeyserFuneralService.com , where you may leave memories and expressions of sympathy for his family.

To order memorial trees or send flowers to the family in memory of Michael Devin Funk, please visit our flower store.