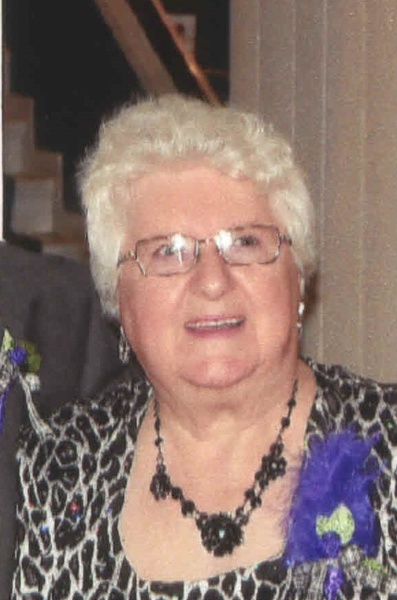 MaryHelen "Helen" MacGregor, 91, of The Mill, Saugerties, NY, passed away Thursday, December 9, 2021 at Golden Hill Nursing & Rehab Center in Kingston, NY. She was born May 7, 1930, daughter of the late Alexander and Sarah (Rankin) MacGregor. She was educated at St. John's Episcopal Church School in Ballachulish, Scotland.

Helen emigrated to the United States in 1964 with her infant daughter and began her life here in Saugerties, NY. She worked at Ferroxcube and then Rotron for over 30 years, retiring in 1995. Helen was best known for being a life-long knitter. She learned at 4 years old in Scotland as she knit for British soldiers during WWII. She later knit many intricate sweaters for her family and friends and also taught many to knit, sharing her talent with the next generations.

Helen is survived by her dear family, her daughter, Sheena MacGregor-Pilz and her husband Joseph Pilz, Jr. of Lake Katrine, her grandchildren, Joseph Pilz, III of Albany, Ainsley and her husband Gary Williams, II of Shokan, her great grandson, Gary Williams, III, as well as another great grandchild on the way. She also leaves behind many beloved nieces, nephews, and cousins overseas. In addition to her parents, she is predeceased by her siblings, Callum, Peter, and Morag MacGregor.

Arrangements entrusted to Keyser Funeral & Cremation Service, Kingston, NY. A tribute for Helen can be found at www.KeyserFuneralService.com , where you may leave memories and expressions of sympathy for her family.

To order memorial trees or send flowers to the family in memory of MaryHelen "Helen" MacGregor, please visit our flower store.