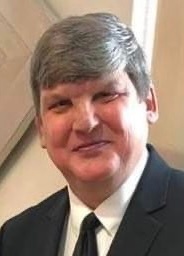 Mark Allen Johnson lost his earthly electrical power today, July 18, 2022. Though he operated Mark Johnson Electric Company for over 20 years, Mark’s real power was his electric and generous personality. Mark was an incredibly giving, compassionate, and hardworking person who constantly looked out for those around him.

On November 28, 1956, Mark was born to Robert F. Johnson and Dorothy E. (Doll) Johnson. Mark loved the outdoors, and all things hunting, fishing, and exploring. He played baseball on the Onteora High School team and started his lifelong love affair with the Yankees. Mark graduated from high school in 1974, receiving his electrical training from BOCES. Several years after graduating from high school Mark attended and graduated from Canton ATC with a degree in electrical engineering technology. His brother Bob said, from day one, Mark had a “work game face.” Mark was always working for the customer, and felt they deserved 100%. It was known that he did things for his customers and worried about the money later.

In 1977, Mark married Jean Benedict, and together they had two beautiful girls, Elizabeth (Liz) and Christina. They describe Dad as a guy with a good heart and a childlike appreciation of the little things. Liz recalls heading out to the reservoir to watch the sunset with Yodels and chocolate milk. Mark carried Liz on his shoulders, and played Yogi and Boo Boo, grabbing picnic baskets. (Someone will have to explain this to the grand kids). Christina remembers him watching the chipmunks, deer, and all other things in nature. She fondly recalls going to a Yankee game with Mark when she was old enough to enjoy a beer with her hotdog.

Mark’s partner in life for the past 20 plus years has been Evie Carney. Evie was a great host at parties and an attentive loving nurse thru Mark’s illness. She survives him, along with her daughter Andriana McCloskey, Andriana’s husband Andrew McCloskey, and their children, Cle, Wyatt, and Vivian, as well as several nieces, nephews, and cousins.

Mark loved Sunday BBQs with family and friends, spending time playing kickball with the kids, and telling stories around the fire pit with a Jameson and Ginger.

When Mark’s dad Robert was on his deathbed, his friend Joe Riley asked him, “Who’s going to go fishing and hunting with me now?” Robert pointed to his son Mark, and a lifelong friendship was transferred. Mark deeply treasured his best bud, fishing and hunting companion, Joe.

Mark was preceded in death by his parents, little brother Al, and his best pal, Joe Riley. He is survived by his sister Joanne and his brother “Big Bobby Johnson”.

His legacy of generosity, caring and appreciation of the small stuff will be carried on by his daughters Liz and Christina, Evie and all her kids and grandkids. Mark’s family extends a special thank you to the Infusion Center at Northern Dutchess Hospital and Tenbroeck Commons for their caring and loving attention.

Arrangements entrusted to Keyser Funeral & Cremation Service, 326 Albany Avenue, Kingston, NY 12401, where family and friends may visit on Saturday July 23, 2022 from 10am to 1pm with the funeral service taking place at 1pm. Inurnment will be held privately in Montrepose Cemetery. A tribute for Mark can be found at www.KeyserFuneralService.com, where you may leave memories and expressions of sympathy for his family.