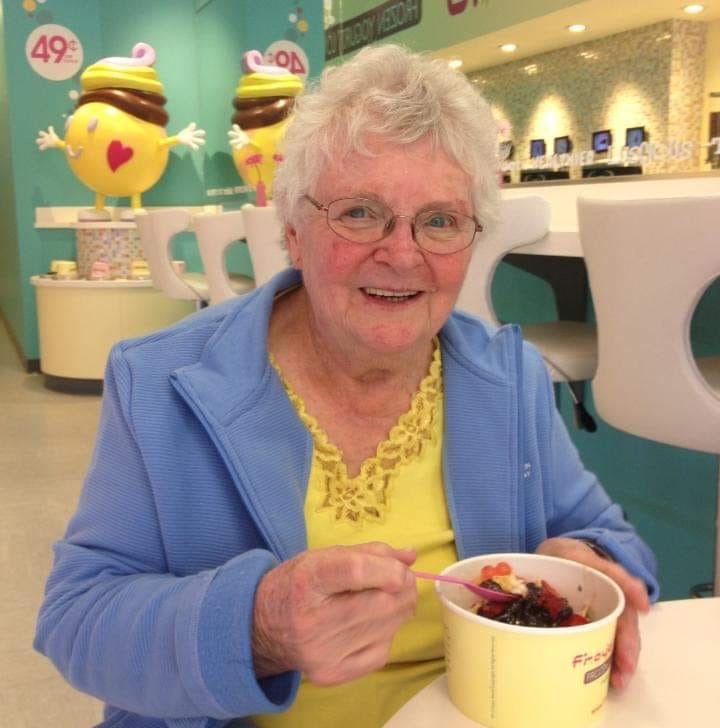 Marilyn E. (Mimi) Bailey, resident of Middlebury, CT, formerly of Brewster Street, Kingston, NY, passed away on December 7, 2018 after a brief illness at the age of 87 years. She was surrounded by her five children and other loved ones. She was born in Jersey City, NJ. Her parents were the late Edward and Mary Shea Reynolds. Mimi attended St. Joseph's High School in West New York, NJ, where she was proud of being an "A" student. During high school she was afflicted with polio, which caused her to be home schooled by the nuns for one year. She also was visited frequently by the family doctor which instilled in her a desire to work in medicine. After high school she moved to Kingston, NY to attend the Our Lady of Victory School of Nursing at Benedictine Hospital, from which she graduated with an RN degree. More important, while a nursing student she met Frank J. Bailey, a lifelong resident of Kingston. They were married in 1953 and remained together until his death in 1997. After starting at Columbia Presbyterian Medical Center, Mimi worked at the Benedictine Hospital for her entire career and she loved every minute of it. Eventually she was a head nurse with many administrative responsibilities. She remained close friends with many of her fellow students until the time of her death. In fact, she helped organize frequent reunions with her classmates long after their retirements. In 2010, Mimi began to suffer from post-polio syndrome. This disease slowly robbed her of her mobility. But, she became highly adept at online social media. She played Words With Friends with her daughter in law Nancy Bailey for many hours (usually losing - sometimes on purpose). She followed her many grandchildren on facebook. Mimi was a member of Div. 5, Ladies Ancient Order of Hibernians. She was an avid sports fan and followed the New York Giants and New York Mets.

Mimi is survived by five children, Kathleen Bailey Carlisle of Millis, MA; Frank Bailey (Susan Cahill) of Wayland, MA; Margaret Blasius (Steve Blum) of Middlebury, CT (who served as her caregivers in the last years of her life); Mary Villano (Walt Andrea) of Meriden, CT; Patrick Bailey (Nancy) of Watertown, CT; and Frederick ("Fritz") Blasius of Waterbury, CT, a son in law who was very special to her. Mimi had nine grandchildren and she cherished them all. They are Thomas and Christopher Carlisle; Sarah Blasius (Michael McConachie); Matthew Bailey (Cara Rapoport); Michael Bailey; Patrick Bailey; Elizabeth Villano (Steve McDonald); and Michael Villano. Mimi was predeceased by one grandchild, Stephen Carlisle, whose loss broke her heart. Mimi is also survived by a sister, Kay, and was predeceased by her brother Edward, her sisters Phyllis and Lillian, and her sons in law Donald S. Carlisle and Michael J. Villano.

Family and friends will be received at Keyser Funeral & Cremation Service, 326 Albany Ave., Kingston on Tuesday from 3 -7 PM. The funeral procession will form at the funeral home on Wednesday 9:00 AM and process to St. Mary's Church for a 10:00 AM funeral mass. Interment will take place in St. Mary's Cemetery at a later date. Memorial contributions may be directed to St. Mary's Hospital VITAS (Hospice) 56 Franklin St., Waterbury, CT 06706. To leave a message of condolence, please visit www.keyserfuneralservice.com .

To order memorial trees or send flowers to the family in memory of Marilyn "Mimi" Bailey, please visit our flower store.