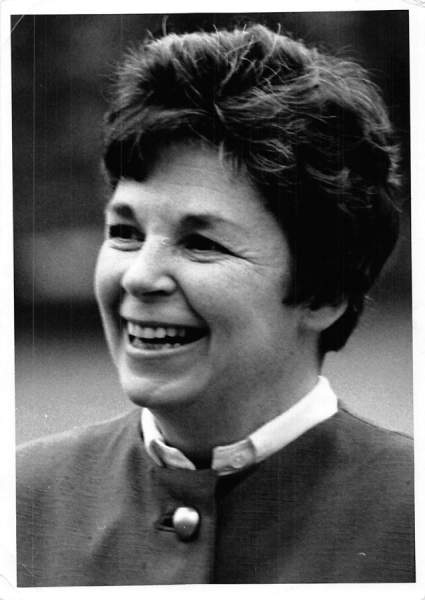 Margaret "Peggy" Mabie, 98, of Ulster Park, NY, passed peacefully Thursday morning, March 14, 2019 at her beloved residence surrounded by her loving family. She was born on August 5, 1920 in Bryn Mawr, PA, the daughter of the late Arthur and Ann (Markle) Scanlon, the youngest of five children.

Peggy had attended Rosemont College in PA, she began her working career at American Airlines, then was an assistant buyer for Gladding's Department Store and then Fashion Director at Berkshire Knitting Mills in New York City from 1949 - 1954. Peggy met her husband, the late Roger W. Mabie while working in NYC, they wed on July 12, 1952 and moved back to Port Ewen in 1954. Roger passed away on April 6, 2008.

Peggy continued her college career, and Graduated from Vassar College in 1970 majoring in Psychology, then later earning a Master's Degree in Special Education from Bank Street College in 1977. She had her own consulting business, Riverside Educational Center, specializing in consulting, testing, advising and placement. She was also a special education teacher at the New Paltz Campus School. She was a member of the Town of Esopus United Methodist Church where she taught Sunday School, the Klyne Esopus Historical Society, and the Junior League of Kingston, and was on the Port Ewen Library Board.

She is survived by her sons, Christopher Mabie of Port Ewen and William Mabie and wife Shawn of Martha's Vineyard. Her nephew Dr. William Birkhead and wife Faith, and her late nephews' wife, Danielle Birkhead, also survive, as well as other extended members of the family. In addition to her husband and parents she is predeceased by her siblings, Mary, Helen, Ann and John, and her nephew Robert.

Entrusted to the care of the Keyser Funeral & Cremation Service, 216 Broadway, Port Ewen, NY, where family and friends may visit on Tuesday March 19th from 2pm to 4pm & 7pm to 9pm. The funeral service will take place on Wednesday March 20th at 11am at the Town of Esopus United Methodist Church in Port Ewen. Burial will follow in Montrepose Cemetery.

In lieu of flowers, donations can be made to the Klyne Esopus Museum, 764 US-9W, Ulster Park, NY, 12487. A tribute for Margaret can be found at www.KeyserFuneralService.com , where you may leave memories and expressions of sympathy for her family.

To order memorial trees or send flowers to the family in memory of Margaret "Peggy" S. Mabie, please visit our flower store.