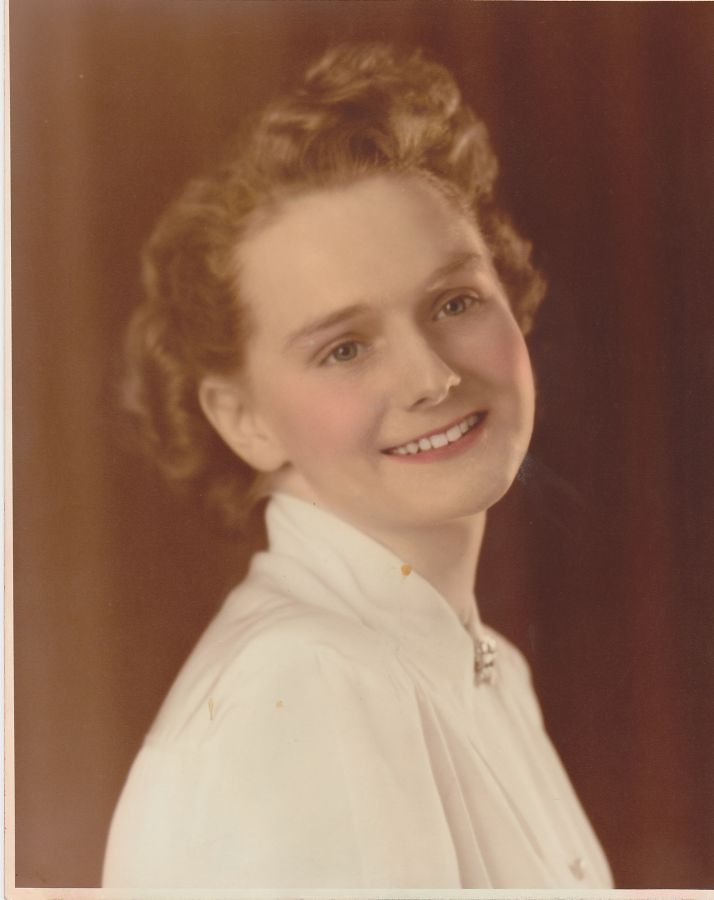 Poughkeepsie -- Maida Richens Blankschen, a retired employee of IBM Kingston and an area church organist, died on Friday, October 11, 2019 at the Lutheran Care Center. She was 91 years old. Born in Kingston, New York on May 14, 1928, she was the daughter of the late Frederick Richens and Sarah Herd Richens.

Mrs. Blankschen was a 1945 graduate of Kingston High School and the Moran School of Business in Kingston. She was the widow of Jackie L. Blankschen, whom she married on April 11, 1953. Her husband predeceased her on September 12, 1988.

Surviving her are two daughters, Beth Blankschen of Stone Ridge, and Diana Blankschen Gensler and a son-in-law Robert Gensler, Jr. of Hyde Park. Also surviving is a sister Mavis Richens Phoenix of Schenectady, N.Y. as well as several cousins, nieces, and nephews. A sister, Sarah Richens Balfe, predeceased her on February 19, 2001. A brother, Lynnwood Richens, predeceased her on December 2, 1955.

Prior to her employment with IBM, Mrs. Blankschen worked at Fuller's Shirt Factory as an assembly line collar inspector from 1944 to 1948, as a secretary at the Ulster County Department of Health from 1948 to1954, and as a secretary for Allan L. Hanstein's Insurance from 1954 to 1960. In 1968, she began her employment at IBM Kingston as an Executive Secretary, a position she kept until her retirement in 1990.

Mrs. Blankschen was interested in sacred music and Christian hymnody, and she served as guest organist at Mid-Hudson Valley churches, most notably at Old Dutch Reformed Church in Kingston. Her organ teachers were her father, Frederick Richens; Robert Palmatier; Kathleen Funk Pearson; Donald M. Pearson; and John A. Davis, Jr. She was a member and past treasurer of the Central Hudson Valley Chapter of the American Guild of Organists (AGO).

Arrangements are entrusted to the care of the Keyser Funeral & Cremation Service, 326 Albany Avenue, Kingston. The family will receive their friends on Friday, October 18 from 2:00 p.m. to 6:00 p.m. Funeral services will be held at the Reformed Church of Poughkeepsie, 70 Hooker Avenue, Poughkeepsie, on Saturday, October 19, 2019 at 10:00 a.m. Burial will follow at Wiltwyck Cemetery, West O'Reilly Street, Kingston.

The family would like to thank the Lutheran Care Center at Concord Village and Hudson Valley Hospice for the care that they provided to Mrs. Blankschen in the final years of her life. In lieu of flowers, the family requests that donations be made in memory of Maida Blankschen to the Organ Fund of the Reformed Church of Poughkeepsie, 70 Hooker Avenue, Poughkeepsie, NY 12601.

To order memorial trees or send flowers to the family in memory of Maida R. Blankschen, please visit our flower store.