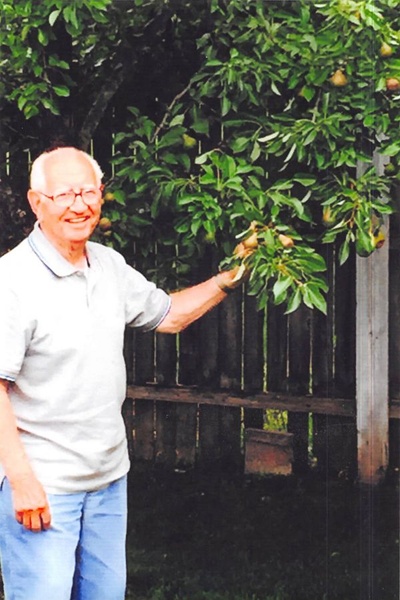 Luigi Aleo, 92, of Saugerties, passed peacefully on Friday evening, June 1, 2018 at his residence, surrounded by his loving family.

He was born on July 4, 1925 in Barrafranca, Sicily, the son of the late Cateno and Concetta Tambe Aleo. He was the husband of Giuseppina Calcagno Aleo. Luigi and Pina were married for nearly 70 years.

Luigi and Pina arrived in the United States on November 24, 1955, Thanksgiving Day. They lived in Brooklyn until 1996 when they moved to Saugerties.

He was an avid gardener, loved his vegetables and fruit trees, especially his fig tree in Brooklyn. He loved Opera, and his love for music was passed on to all his children.

He is survived by his loving family, his wife Pina, daughters Concetta "Connie" Aleo and Inez Aleo, a son Gaetano "Tom" Aleo, brother Angelo Aleo, sisters Giovanna Aleo, Carmela Di Dio, Maria Di Marco and Santina Matraia and numerous nieces and nephews both in Sicily and the U.S. He was predeceased by a brother Gaetano Aleo.

Entrusted to Keyser Funeral & Cremation Service, 326 Albany Avenue, Kingston; the family will receive their family and friends on Tuesday and Wednesday from 2-4 and 7-9 pm. The funeral procession will be on Thursday at 9am. At 10am a Mass of Christian Bural will be celebrated at St. Mary's of the Snow RC Church. Burial to follow in St. Mary's of the Snow Cemetery

To order memorial trees or send flowers to the family in memory of Luigi Aleo, please visit our flower store.