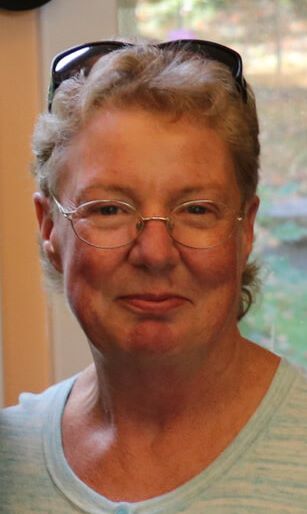 As the daughter of dairy farmers, Linda Drew Graham learned to value nature and the gifts it provided to those who sought them. A lifelong gardener, fisherman, and hunter, she passed her ability to make use of the earth's abundance to her children.

Linda, 62, of Olivebridge, New York, died from cancer, Sunday, July 14, 2019, at her home near the beautiful hills and green pastures where she grew up.

After Rusty and Linda's two sons, Aaron and Bryan, were born, family became Linda's main focus. She loved being a mother. An incredible cook and baker, Linda proudly grew food in her garden, using her imagination to create family meals with her harvest.

Linda's first full time job other than raising her family was with a close family friend, Tom Stratton, building his custom house. She started as a laborer, and after two years, knew how to build a house. She also worked at Woodstock Chimes for several years. In 2004, Linda began work as a corrections officer for the Ulster County Sheriff's Department in Kingston, New York. She welcomed the opportunity to help others, working as a guard at the jail and helping transport inmates, later becoming corrections assistant. She was beloved and respected by both colleagues and inmates, treating all people she encountered with equal kindness. She worked until very recently.

When she became grandmother, aka Oma, to Emmett, Annika, and Zoey, Linda hosted tea parties in the living room, and shared puzzles, Play-Doh, and cuddles on the couch with them. Hunting for toy treasures at yard sales became one of her favorite pastimes.

Compassionate and thoughtful, Linda preferred to help others rather than have anyone worry about her. Linda and Rusty cherished spending time with family, and treasured their trips to coastal Maine, where they savored the lobster rolls and lighthouses.

Her parents and parents-in-law preceded Linda in death.

For those who wish, contributions in Linda's memory may be made to Breast Cancer Research Foundation at bcrf.org.

A tribute for Linda can be found at www.KeyserFuneralService.com , where you may leave memories and expressions of sympathy for her family.

To order memorial trees or send flowers to the family in memory of Linda D Graham, please visit our flower store.