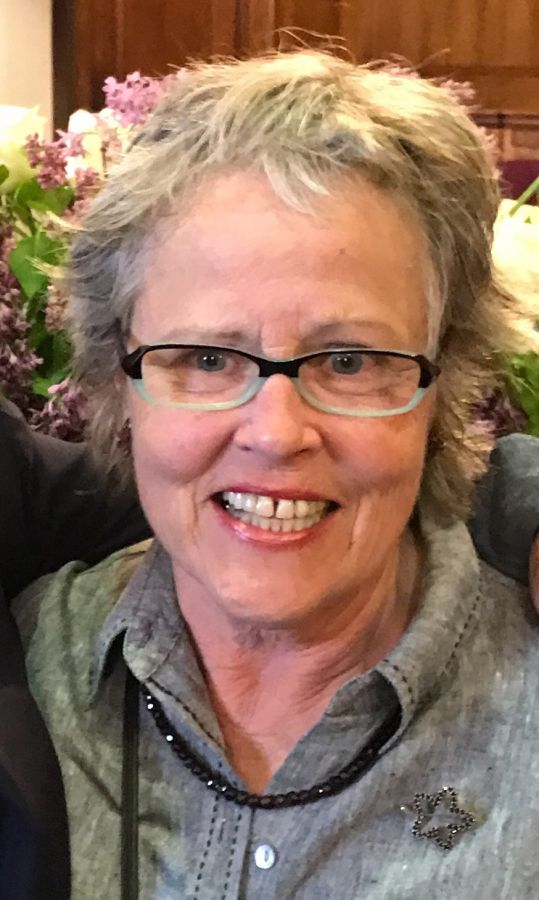 The tributes flow in. They describe her as "one of a kind", "vibrant", "well-informed", "a force of nature", "funny, intensely loyal and deeply caring" and my beloved wife of 46 years was all those things and much more besides.

LELA NICHOLSON COOPER died on March 21st of cancer after a long and hard-fought battle. She was a fighter and did nothing without conviction and real commitment and she left this world a better place..

She was born in Erie, Pa in 1950, the fourth of the five Nicholson sisters and was raised in the family home that her ancestors had built in 1828. Her activism started early - she marched in the Moratorium against the Vietnam War in DC in 1970 and would continue to do so all her life - for Human Rights, for Civil Rights, for Women, against the Wars in Central America and the War in Iraq. Earth Day was a special day in any year and invariably saw her on the street in DC, New York or Kingston, a home-made sign with suitably pithy message held high.

We married in June 1972 and moved to London where she applied-to and was accepted by Amnesty International. She would fight for Human Rights both in London and later New York and it taught her the nitty-gritty of running effective NGOs and made her many friends.. After a happy spell in the Photo Business working on Madison Avenue for Woodfin Camp she gave birth to our son, GEORGE NICHOLSON COOPER of Kingston NY in 1983.

Living in Inwood at the northern tip of Manhattan she became involved in the maintenance of Inwood Hill Park and would become a Park Warden and the scourge of Invasive Species everywhere.
She had collected "stuff" for years with no clear plan of action in mind other than to try and sell some of it and she partnered with two friends 199 to open Scavengers of Inwood, an 11x 42 foot storefront that would become a local institution and would endure and prosper for fifteen years. Vintage clothing, furniture and decorative fittings, china, glass, art, jewelry, tools, cooking equipment all from
bygone times crammed the space. The New York Times described it as "Lela Cooper's gem of a collection..." She was greatly loved and admired by the community.

We moved to Stone Ridge NY in 2010 where she created a most beautiful garden and made a wide range of friends specially at Habitat for Humanity where she volunteered for several years.

She revered Aretha Franklin and sang in the Gospel Choir of the Riverside Church of NY for five years, she liked Sam and Dave, the Stones, and Joni and was an outstanding guitar-picker in the style of Doc Watson. Her songs were published and recorded by other artists.

She loved dogs and dogs(almost without exception) fell at once under the spell of her wonderful voice.

She is survived and deeply mourned by her husband GUY COOPER of Stone Ridge NY, by her son GEORGE COOPER and his spouse JUSTIN HAINES both of Kingston NY, her three surviving sisters - MEREDITH NICHOLSON of Olivebridge, NY, GEORGIANA ELY and DEBBIE DANIELS both of Erie Pa., five nephews and nieces, and numerous English and Welsh cousins as well as friends all over the world. She donated her corneas to the Sight Society. If you wish to remember her please plant a tree.

To order memorial trees or send flowers to the family in memory of Lela Nicholson Cooper, please visit our flower store.